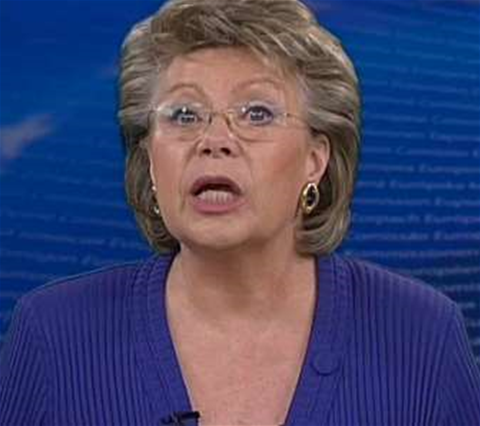 Microsoft, Google and the British Information Commission's Office have warned that a proposed overhaul of Europe's data privacy regime may be unworkable.

European Justice Commissioner Viviane Reding detailed the EU's proposed changes to the 1995 Data Protection Directive on Wednesday, which aim to strengthen protections for individuals and raise the bar for companies trading in personal data.

If passed, the EU's 27 member states will face a single set of rules, cutting red tape but requiring that serious data breaches be reported to national authorities, where possible, within 24 hours.

Data protection authorities would be given the power to fine companies that breach the union's rules up to €1 million ($A1.2 million) or two percent of global annual turnover, which could lead to huge fines depending how that power is exercised.

One proposed change to the EU rues that caused concern to Google's European privacy policy officer Marisa Jimenez is the "right to be forgotten", The Register reported.

The right would allow citizens to demand deletion of personal data by companies.

While Google agreed with that right, the wording of the draft was "unclear", "very technical" and in some situations "unworkable", in particular where it involves a third party that does not have control over that data.

Microsoft's European chief operating officer Ronald Zink was satisfied with a move to standardise data protection, which Microsoft has lobbied for in the past, but also questioned the proposal's workability.

For example, the draft proposes that service providers give individuals easier access to data.

It also proposes that providers gain explicit - rather than assumed - consent to process data to ensure individuals know what they are consenting to [pdf].

"How can consumers give or withdraw consent in ways that are relevant to their particular activities? Do specific procedures or even technologies really need to be mandated?", asked Zink.

Zink also questioned whether compliance costs would be too high for small business and suggested the rules may be "too prescriptive" - a sentiment backed by the British Commissioner of the Information Commission's Office, Christopher Graham.

"The Commissioner believes that in a number of areas the proposal is unnecessarily and unhelpfully over prescriptive. This poses challenges for its practical application and risks developing a “tick box” approach to data protection compliance," the ICO said in a statement.

"The proposal also fails to properly recognise the reality of international transfers of personal data in today’s globalised world and misses the opportunity to adjust the European regulatory approach accordingly."

Another potential problem is the requirement that service providers not impede data portability, that could allow a person to move data between services - for example, from Facebook to Google+

Google's cloud evangelist, Vint Cerf, addressed the second paragraph last year, noting that "the first problem is that no cloud knows about any other cloud".

German privacy advocate and politician Malte Spitz welcomed the overhaul but warned the incumbent government there would likely show little interest in it.

"The EU wants to present a new EU Data Protection directive, after the last directive from 1995, everybody looks forward to this. In Germany the Government formed by conservatives and liberals don't want to touch the issue to modernize the German data protection legislation," Spitz told the Electronic Frontiers Foundation.