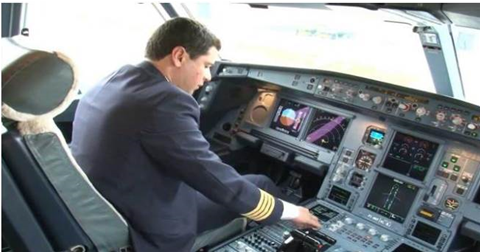 To arrive for commercial flights by 2019.

A single aircraft from the Netherlands Aerospace Centre with a prototype satellite communications terminal onboard completed four flights to different destinations in Europe, the ESA said.

Today's ATMs track aircraft by radar as they fly over land and across coastal areas, with flight paths negotiated by radio. Flying over oceans, however, means ATMs cannot be used, leaving flight paths difficult to adjust should the weather turn bad or other adverse factors occur.

Lack of ATM over oceans can also increase fuel usage and emissions as well as flight times, as aircraft are unable to take the most optimal flight paths.

The ESA and vendor Inmarsat have been working on an internet protocol-based satellite communications partnership since late 2014 to provide full ATM capability across the globe for flights.

The Iris system uses high-speed data links to Inmarsat's I-4 satellites, which provide the company's SwiftBroadband-Safety service [pdf]. This delivers speeds of 432 kbps, more than ten times that of the very high frequency datalink (VDL) service used to communicate with aircraft today.

ESA and Inmarsat expect the early-version Iris Precursor with 4D flight path control to be operational for commercial flights by 2019.