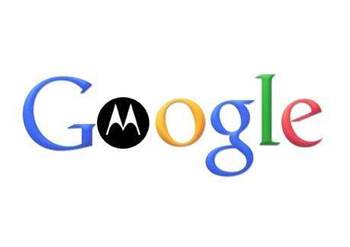 The European Commission has hit out at Google's Motorola Mobility for abusing a dominant patent position. Motorola is seeking and enforcing a court injunction around standard-essential patents against Apple in Germany.

Standard-essential patents or SEPs for innovations or inventions used to comply with technical standards are usually required to be offered to licensees on so-called Fair, Reasonable and Non-Discriminatory (FRAND) basis.

This is done to ensure access to a certain standard by competing entitities, and to prevent any single SEP holder from dominating the market and blocking interoperability. SEPs are complex to negotiate and carry the risk of "patent ambush" for licensees.

Motorola Mobility, which was acquired by Google in 2011-2012, holds SEPs that relate to the General Packet Radio Service or GPRS standard, part of the worldwide Global System for Mobile Communications (GSM) set of industry guidelines.

Apple had agreed to license the GPRS SEPs on FRAND terms, but Motorola Mobility nevertheless sought an injunction that was granted by a German court, and attempted to enforce it.

"The protection of intellectual property is a cornerstone of innovation and growth. But so is competition.

I think that companies should spend their time innovating and competing on the merits of the products they offer – not misusing their intellectual property rights to hold up competitors to the detriment of innovation and consumer choice," Almunia stated.

As part of the antitrust investigation, a formal notice or Statement of Objections outlining the complaints raised and the Commission's preliminary view of them has been sent to Motorola Mobility.

The Commission is also investigating Motorola Mobility for abusing standard-essential patents after the Google subsidiary sought injunctions against the Apple iPhones and iPads, and Microsoft Windows and Xbox.

Apple and Microsoft also complained that Motorola Mobility had offered them unfair licensing conditions for the SEPs, also in breach of European Union antitrust regulations.

Should the Commission find Motorola Mobility guilty of antitrust abuse, it could levy penalties of up to ten per cent of the company's worldwide annual turnover.