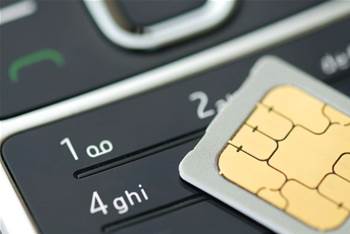 The European Union has clinched a preliminary deal to cap the wholesale charges telcos pay each other when their customers call, send texts, or surf the web abroad.

The move paves the way for the abolition of roaming fees in June, the European Commission's digital chief said on Twitter.

The caps on wholesale roaming charges were the last piece of the puzzle needed for the smooth implementation of a law abolishing retail roaming charges as of June 2017, crowning a decade of efforts by Brussels to allow citizens to use their phones abroad without paying extra.

Yesterday EU digital chief Andrus Ansip warned that failure to solve the last remaining barrier to abolishing mobile roaming charges across the bloc in June would lead people to question its ability to deliver on promises.

The effort took on an added significance after Britain voted to quit the bloc last year in a surge of anti-EU sentiment, and Brussels has sought to show it works for ordinary citizens.

But the two sides were far apart on where the wholesale caps for data should be set, with the European Parliament pushing for an initial cap of €4 per gigabyte while member states wanted it to start at €8.5 euros per gigabyte.

The split on wholesale roaming caps stems from wide differences in domestic prices and travel patterns across the bloc.

However countries in the tourist-magnet south worry that their operators could be forced to hike domestic prices to accommodate the seasonal tourist traffic. They also fear operators will put off investment in networks if foreign operators can gain cheap access to their infrastructure and undercut them domestically.