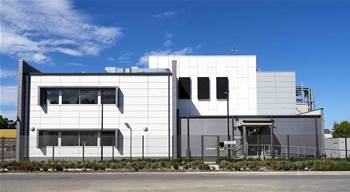 Equinix is committing US$11 million ($15 million) to expand the PE2 data centre in Perth that it acquired from Metronode as part of a $1 billion deal at the end of last year.

The data centre operator said it will add 225 cabinets to PE2 to bring the total capacity up to 700 cabinets.

The fitout of the floor space, which had been empty at the facility, is scheduled for completion in Q1 2019.

PE2 is one of two Perth-based data centres that Equinix inherited from the Metronode acquisition. It is based at Shenton Park, whereas PE1 is closer to the Perth CBD.

Australian managing director Jeremy Deutsch told iTnews that while the Perth expansion was driven by customer demand, the source of that demand is partly due to the increasing subsea connectivity between Perth and South East Asia.

Vocus’ Australia-Singapore Cable (ASC) is coming online, as is rival Indigo’s Perth-Singapore cable which is tracking ahead of schedule. The ASC will terminate in PE2.

“There’s definitely a level of interest in that connectivity capability, and obviously having more than one submarine cable out of Perth gives the ability [for enterprises] to leverage that,” Deutsch said.

The investment in Perth is the first by Equinix since acquiring the two facilities.

Deutsch told iTnews last year that there would likely be “considerable” expansion of the Metronode footprint, but it had been unclear where that would be directed to in the first instance.

Any future expansions in Perth will be more costly, as they will require construction of new halls, rather than fitting out existing ones.

“PE2 was the site where we had ready expansion,” Deutsch said.

“We continue to make sure we have plans for our future developments.

“We always keep a continuous plan on our capacity. We’re looking into plans for further scale.”

Equinix is also bringing its cloud exchange fabric to Perth.

The fabric is currently available from its Sydney and Melbourne campuses (as well as from facilities up through the region).

It enables enterprises to connect more easily to multiple clouds from a single point of interconnection into their own networks.