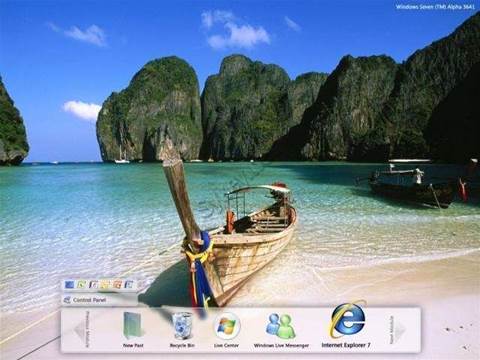 Developers wanting to make sure their applications run correctly on Windows 7, now have the option to outsource testing to Melbourne-based Enex TestLabs, who will do the job for $300.

The testing service, which was announced this morning, is aimed at smaller development companies in Australia who previously thought that outsourcing their product testing was too expensive, said Matt Tett, managing director of Enex TestLab.

"People say they can't afford to test, they don't have time to test. For $300, they send in their application and we give them a defect report, they fix it and resubmit it and once we retest it - with any luck they will pass," Tett told iTnews.

Tett explained that the $300 fee was for each application and covered two tests. If applications had serious issues then the company would offer to escalate the service - but Tett stressed the testing was not designed for those requiring a full code debugging service.

Enex will test applications using Microsoft's Windows Application Compatibility Toolkit, which was developed by the software giant and was available to developers from the company's support website.

According to Tett, the service could help development houses where applications were sometimes released prematurely.

"The developers don't think they have written defective software. Or it could be because of pressure from marketing and sales teams, who are saying they don't care if the developer wants to build another eight features into it - they need to get it out today.

"Having an independent lab doing that testing can free up more time for the developer to work on defects and bugs or additional features," Tett said.

Another issue, according to Tett, was that Microsoft had made significant changes to the Windows 7 code when compared to either Vista or Windows XP.

"Microsoft has tightened up the Windows 7 code compared to previous versions of its operating system. Developers might install their application and think, 'it has installed, there are no problems at all' but they may come across issues when they start writing to the kernel and using the tricks and tweaks that developers usually do," he said.

Another side to the Enex tests was helping figure out if system conflicts were caused by the application or by bugs in the Windows 7 code, said Tett.

"What we are doing is independently verifying whether it's the operating system or if it is the application itself and then working with the developers to help fix those bugs and defects," he added.