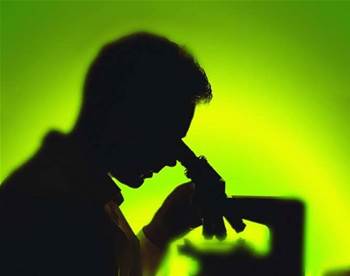 A newly developed technique of characterising artificial atoms could speed the development of quantum computers.

The technique, called 'amplitude spectroscopy', allows researchers to probe the energy level structure of artificial atoms so that they can be used in quantum computing as quantum bits, or qubits.

"There are several things one needs to determine about a candidate technology before it can be considered a qubit technology," said William Oliver, who developed the technique with a team of researchers at the Massachusetts Institute of Technology (MIT).

"One key piece of information is the energy-level structure of the qubit," he told iTnews.

"Although only the lowest two energy levels are utilized as the qubit, the other energy levels may influence its behaviour," Oliver explained. "Knowing where those levels are facilitate the engineering of the qubit and its control."

Due to the laws of quantum physics, an atomic-scale system may exist in multiple energy states at any one time, which is known as a 'superposition' of states.

While traditional techniques exist for characterising the states of atoms and molecules, the energy levels of artificial atoms occupy a wide swath of frequencies that can be difficult to measure.

Using amplitude spectroscopy, the researchers have been able to characterise quantum entities over frequencies that range from tens to hundreds of gigahertz.

The technique works by measuring the interference patterns resulting from the superposition of multiple energy levels in an atomic-scale system. Artificial atoms are probed with a single, fixed frequency which pushes the atom through its energy-state transitions and measures the response.

Although very far away, Oliver expects quantum computers also to rely on interference to perform calculations.

"Quantum computers are still rather far from commercial realisation; we remain today at the single or few-qubit level," he told iTnews.

"Techniques like amplitude spectroscopy allow us to look carefully at the structure of our qubits.

"Through clever algorithms, the net result of the interference should coalesce the output of the computer into a single state that we can easily measure with high probability," he said.
Got a news tip for our journalists? Share it with us anonymously here.