EMC IT reveals its own path to "private cloud" 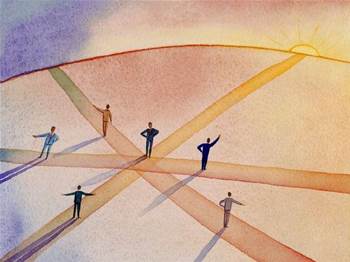 EMC is rationalising its 400-strong base of enterprise applications "one more time" as it works towards running its internal IT infrastructure on the mantra of "everything-as-a-service".

The vendor's chief information officer Sanjay Mirchandani - whose department looks after about 48,000 'internal' IT users - told delegates at the  EMC World 2010 conference today that his department had this year started phase three of a longer term plan to move its own IT infrastructure into a "private cloud" environment.

The first two phases - virtualisation of servers and some mission-critical apps - were either completed or well underway.

"We've done the easy part now. Our ambitious goal is to 100 percent virtualise our x86 architecture by the end of the year", Mirchandani said, although he later conceded that may take another quarter to achieve.

Mirchandani said the department had also introduced further tiering to its storage environment - upping the number of tiers from two to five - and commenced a further "rationalisation" of its app base as it continued to virtualise its environment.

That meant instituting some new policies around app procurement as licenses came up for renewal.

"Every dollar we think of spending in the company has to fit the blueprint," Mirchandani said.

"If it's an app that can't be virtualised, we won't touch it."

The second phase of the project had also seen IT start "hosting more internally" - creating the beginnings of a shared infrastructure environment and putting service level agreements around it.

All were important steps to achieving "the promise" - IT-as-a-service, Mirchandani said.

"The expectation of the business is that we'll have phase three done even faster than the other two," he said.

Mirchandani hoped to be able to provide the business with a catalogue of services, allowing the IT department to be more transparent with the business about the true costs of technology.

"We have to drive cost transparency," he said.

"[After we complete this project] we can say 'we're efficient', this is the true cost. We don't want to have the 'are we cheap enough?' conversation with the business any more."