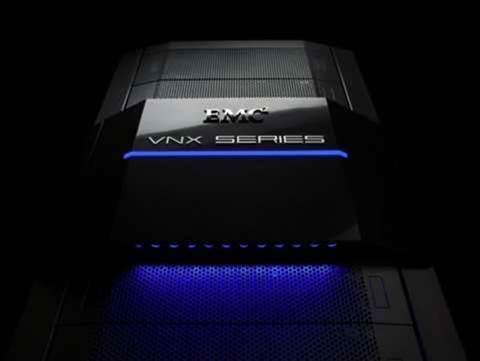 EMC has launched its attack on the midmarket with a new family of unified storage devices priced from US$10,000.

The compact device supported CIFS, NFS and iSCSI storage, scaled up to 240 TB and featured provisioning wizards for applications including Microsoft Exchange and Hyper-V.

The VNX was priced upwards of US$15,000, scaled up to 2 PB per system, and supported fibre-channel, iSCSI, FCoE, NFS, CIFS, SOAP and REST storage.

Both VNXe and VNX ranges supported 6 Gbps SAS, Nearline SAS and SSD drives, could be ordered immediately, and would be available from EMC and channel partners in the first quarter of 2011.

Napolitano expected Australian businesses to embrace the technology, citing feedback from EMC's customers around the world.

All but one of the seven VNX products (pdf) -- the FC-only VNX 5100 -- would be available in Australia and New Zealand at launch.

"All the numbers are clear - now is a good time [to enter the midmarket]," he told iTnews. "This truly is the year of the midrange."

VNX would replace CLARiiON and Celerra brands, with EMC supporting existing customers for up to five years.

Napolitano said that while the brands were "dead", EMC's SAN and NAS technologies lived on in the VNX.

He expected the next version of the VNX to appear in the first quarter of 2012 with similar features, but double the maximum input/output operations per second.

Liz Tay travelled to Singapore as a guest of EMC.