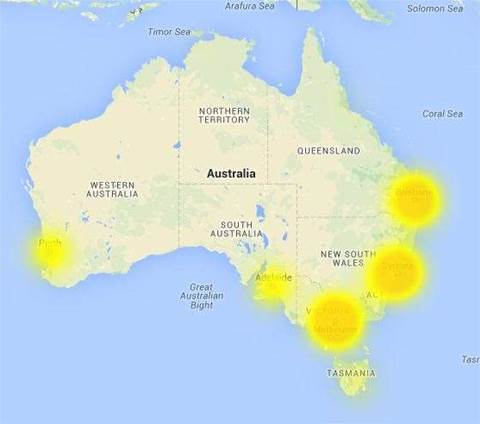 Telstra services were unavailable across the country for mobile, home phone and internet customers for almost three hours on Tuesday after one of its ten national mobile nodes went down due to human error.

According to the telco's service status page, an "interruption" affected 2G, 3G, 4G, ADSL and home phone services from around 12:30pm. Prepaid services were also unavailable.

The country's capital cities appeared to be the worst hit by the nationwide outage.

A Telstra spokesperson confirmed the outage was caused when one of its "major mobile nodes" went down.

Telstra chief operations officer Kate McKenzie said it was the result of an "embarrassing human error".

"It's not OK. We do not like causing that level of inconvenience to our customers," she said on radio.

McKenzie said the node was taken down as it wasn't performing correctly, but was restarted before customers had been transferred.

It is unclear what redundancy measures the telco had in place.

"The network is configured to manage this, however, in this instance we had issues transferring customers to other nodes which caused congestion on the network for some customers," a spokesperson said.

Telstra said it would offer its customers a day of free data on Sunday as a mea culpa.