Electricity grid set to become 'a type of internet' 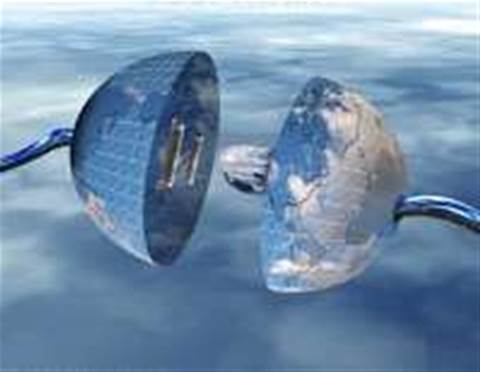 In the future everyone who is connected to the electricity grid will be able to upload and download packages of electricity to and from this network, a researcher predicted today..

The prediction comes from the Technical University Eindhoven researcher Jos Meeuwsen, who has developed three scenarios for the Dutch electricity supply in the year 2050.

The exact form of future networks will largely depend on the primary energy mix chosen, notes Meeuwsen. However, he believes that, in all cases, engineers face "new and considerable challenges" in the areas of network and system integration.

Meeuwsen foresees a step-by-step integration of energy technology, IT and power electronics that "might result in an electricity system that exhibits many similarities with the internet".

Everyone connected to such a system could then, within certain limits, upload and download packages of 'electrical energy' whenever they want. An important condition is, however, the technical feasibility of the centralised and/or decentralised storage of large amounts of electricity.

Meeuwsen's three different scenarios for the future of the electricity grid mainly differ in the size of the electricity generation facilities. The first scenario 'super networks' consists of large-scale production locations, transportation via high voltages, a considerable import of sustainable energy (in the form of biomass) and energy from offshore wind farms.

Finally, in the 'local' scenario the number of local generators (in the form of micro-cogeneration units, solar energy panels, small-scale biomass plants at neighbourhood level and land-based wind turbines) is the greatest, yet large industrial processes and small consumers still make part use of electricity from large-scale production resources.
Got a news tip for our journalists? Share it with us anonymously here.
Copyright ©v3.co.uk
Tags:
a become electricity grid internet of set telco/isp to type