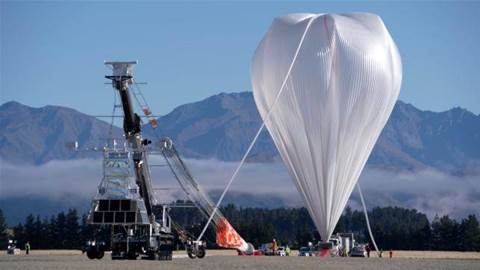 A stadium-sized pressure balloon launched by NASA in New Zealand began collecting data in near space on Wednesday, beginning a 100-day journey after several launch attempts were thwarted by storms and cyclones.

The balloon, designed by NASA to detect ultra-high energy cosmic particles from beyond the galaxy as they penetrate the earth's atmosphere, is expected to circle the planet two or three times.

"The origin of these particles is a great mystery that we'd like to solve. Do they come from massive black holes at the centre of galaxies? Tiny, fast-spinning stars? Or somewhere else?" Angela Olinto, a University of Chicago professor and lead investigator on the project, said in a statement.

The balloon's monitoring is only the start of a long quest which would next involve a space mission currently being designed by NASA.

The balloon, launched from Wanaka, a scenic spot on New Zealand's South Island, will collect data from 34 km above the earth.

New Zealand was also the base for NASA's scientific balloon program in 2015 and 2016.