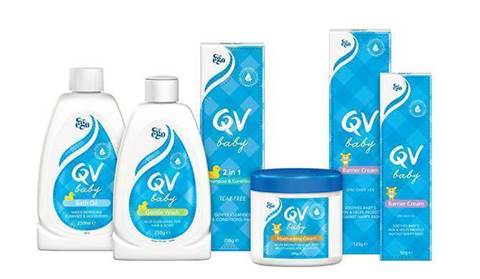 Ego Pharmaceuticals is planning to rewrite a near decade-old field sales app that backs onto Salesforce, replacing custom code with standard components that have since emerged in the Salesforce stack.

The Australian-owned company - responsible for dermatology brands like QV Skincare, Sunsense sunscreen and Pinetarsol - has expanded its international reach significantly since deploying Salesforce and the custom sales app.

Head of IT David Slattery told iTnews that different international operations “tend to use variations on our original app”, which had been customised further for specific cultural or market requirements.

Slattery said that the Salesforce environment and sales app had “been fairly smooth running and low maintenance” over a long period of time.

However, many of the decisions Ego took at the time it put the environment and sales app together were the result of functionality limits in Salesforce, which the vendor has since rectified.

“We are overdue for doing a real Salesforce rebuild, some regeneration and a refresh of our app,” Slattery said.

“When we got Salesforce, there wasn’t any sort of offline capability and they didn’t actually have a mature mobile app so we made our own.”

Though the app had been rewritten “a couple of times” over the years, some of its core technical components, including self-built synchronisation functionality, remained.

Slattery noted that the custom sync could now be replaced with what Salesforce once called ‘Salesforce1’ (but which is now simply a core part of the Salesforce platform).

“There’s more maturity and in-built work in the Salesforce platform than when we first wrote the app so the planned uplift is about leveraging that and not writing these functions ourselves,” Slattery said.

The uplift is also likely to see Ego Pharmaceuticals try to upgrade its UI from ‘classic’ to Lightning.

“We’re at that generational change of needing to move to Lightning,” Slattery said.

“What we’re finding over the last couple of years as Lightning has taken off is that we’re not keeping up with the changes, whereas if we switch then we’ll be able to keep up with the latest Salesforce releases.”

How the core Salesforce uplift and app rework might look is still being worked through.

A potential challenge is that while a generational refresh might suit its Australian operations, other countries may want to keep the existing app.

That prospect could mean having to run separate Salesforce orgs for different parts of the business - one maintaining a legacy operating environment and another geared towards providing a newer user experience.

“We’re looking at exactly how we’d go about rewriting the app and which countries would want to be involved because they do each have individual needs.

“The architectural discussion of single org versus multi org is also ongoing with Salesforce right now, including how that would change our account and costs.

“We have come up against little problems in the past where culturally [other countries] want to see slightly different things out of it, and it’s a question of whether we can fit those things into our solutions [going forward].”

In Australia, Ego Pharmaceuticals still has about 80 sales reps using the custom app on Salesforce. This is largely unchanged from a decade ago, mostly because Australia’s wholesale and retail pharmacy sector is tightly held and not subject to significant expansion.

The Australian reps use company-supplied Lenovo tablets to access the app. Ego had initially given its staff iPhones, but found in recent years that caused some misconceptions for its staff when they were in the field (such as being mistaken for playing with their phones in meetings; “we actually had to move to bigger devices to look more serious”, Slattery said).

The company has some longer-term plans for Salesforce, but these are yet to be decided.

They could include adoption of Salesforce’s marketing cloud as Ego Pharmaceuticals - like other manufacturers in the B2B space - wants to strike up a relationship with the end users of its products.

Ego Pharmaceuticals is also looking at how it can improve linkages between Salesforce and G-Suite, which it has used for the past decade.