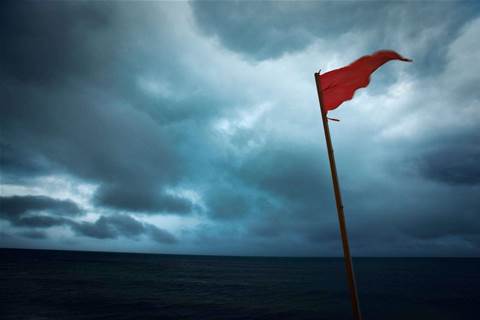 Electronic Frontiers Australia (EFA) is embroiled in an ugly behind-the-scenes row fuelled by concerns it is running short of money.

The concerns were raised after comments by recently appointed treasurer Shaun Haddrill that the EFA's funds "are quite limited" and that there was a need to "rein in unnecessary spending".

Haddrill also believed the EFA needed to increase its fundraising activities "so that we can return our budget to a healthy level”.

The comments set off a chain of emails between current EFA board members, its chief executive Jon Lawrence, and candidates vying for five board positions in an upcoming election on October 1.

Several emails were sent demanding copies of financial statements for 2017 as well as board minutes that could shed light on the EFA's financial position.

“There is a question mark over whether or not the organisation is solvent and, therefore, will board members be liable under the new org structure,” one candidate, who did not want to be named, told iTnews.

EFA's last published financial statements are for the year ended June 2016 when it had -$439 in its bank account, down from $6179 the year prior.

EFA chair David Cake told iTnews that the "500-plus" member organisation's financial statements were normally released "shortly before" the AGM.

“People are just asking for it a few weeks ahead of schedule, so they’ve caught us a little bit unawares," Cake said.

"It's really only our members who have a right to see that information but we usually post it publicly [anyway]."

Cake said that the EFA had "some debts that we are paying down" - including a "long-term" debt to the taxman - and that the organisation had also experienced "banking issues that have taken us slightly longer to sort out".

He said the EFA had not experienced any drop in its income.

However, he said that the organisation would try to reduce its staff costs this year; CEO Jon Lawrence is the EFA's single member of staff, and he "would be paid for fewer hours".

Cake also said there was a proposal on the table to convert the EFA from an incorporated association into a 'proprietary limited' one so that it could add an arm to collect donations that are tax-deductible, as well as gifts – something it does not currently offer.

iTnews has learned that Cake later emailed board nominees on Tuesday afternoon over their concerns.

He said the release of financials would be sped up, admitted that board minutes should have been made available, and apologised for not commenting on the issues before now.

Update, 9.06am: EFA CEO Jon Lawrence said in an emailed statement that the organisation is "solvent and are, subject to approval by the members, about to complete a three year project to reincorporate and thereby get access to new revenue opportunities."