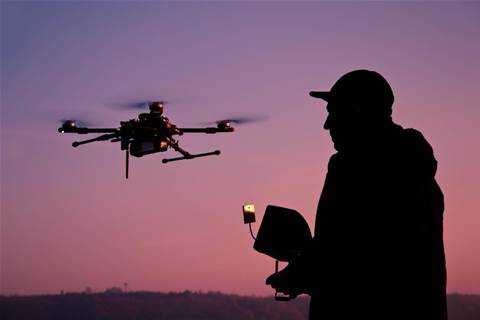 Tackling concerns of malicious UAV use.

Edith Cowan University’s Security Research Institute is developing a system to automatically track and disable rogue drones in sensitive areas while also tracking down their owners.

The research project, which was developed at the institute’s Summer of Cyber program, uses an array of wi-fi sensors to monitor signals sent between a drone and its controller.

The seven-week paid internship program ran shortly after drone incidents at London’s Heathrow and Gatwick airports, the latter of which lasted 33 hours and cost an estimated £50m, The Independent reported.

‘Spectrum Watch’ can isolate the data traffic to the drone, monitoring its location and giving security operators the ability to intervene and take action “appropriate to the threat presented,” the university said.

That can involve the controlled descent of the flight, giving security staff physical access to the unmanned aerial vehicle.

From there, Edith Cowan researchers are looking at applying digital forensics techniques to extract information about a drone’s origin, find out flight paths, and access any images or video recorded by the device which might be used to track down the pilot.

Director of the ECU Security Research Institute professor Craig Valli said the project was an effective, low cost proof of concept solution to a problem which is only getting worse.

“The fact is that there’s an incredibly low barrier to entry and we’re hopelessly [un]prepared for the variety of threats posed by a malicious actor using a drone,” he said.

The team behind Spectrum Watch included undergraduate students only in their second year of cyber security or computer science degrees.

While Spectrum Watch helps address the issue of rogue or maliciously operated drones, Telstra last month revealed a partnership with defence contractor Thales to develop a platform for pilots to log and gain authorisation for drone flights.

The Civil Aviation Safety Authority said last week that after a round of community consultation it still intends to introduce a drone registration and pilot accreditation scheme by July this year, however, the scheme is yet to be finalised.

It hopes the scheme will reduce the number of pilots accidentally operating in no-fly zones, which can impact airport operations and also pose a hazard to firefighting aircraft attending bushfires.