eBay targets retailers in bid to become IT partner 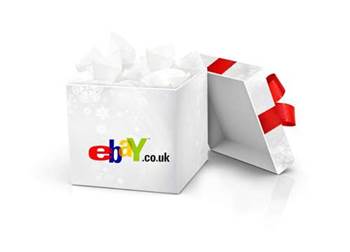 eBay says it hopes to leverage the $3 billion it spends on technology and technology-related acquisitions each year to become the IT partner of Australian retailers.

“It stands to reason that the retailers that have access to the best and more robust technology platforms will be best positioned to succeed,” Sharkey told journalists ahead of a major retail conference being held in Sydney today.

eBay said Magento is now one of the fastest growing eCommerce platform providers in Australia, counting Harvey Norman, The Good Guys, Sheridan and Nike among its Australian clients.

Now eBay is gearing up to protect its turf from Amazon, which launched its web services business in Australia last year, and has been rumoured to be looking at local retail opportunities.

eBay payments unit PayPal has for a long time claimed it is not a competitor to banks. Now eBay is making similar strongly worded claims about not competing with retailers.

PayPal spokesperson Adrian Christie said retailers had to ask whether organisations like Amazon were service providers or retailers.

“These are the questions that retailers have to look at today as you look at who is your friend and who is your foe,” Christie said.

“The declaration we’re making today is we do not compete with retail and our objective is to partner because if we can turn more sales to Australian retailers we clip the ticket more often —that’s our business model.”

eBay and PayPal are betting on mobile as the channel that will help retailers succeed with the “omni-channel” strategy that all have been talking about, but few have actually delivered.

“Mobile devices are blurring the line between what we used to think of as on and offline commerce. These days it’s all just commerce,” said Sharkey.

She added that mobile customers were also more valuable, with a mobile purchase on average on an eBay app being twice the basket size as a purchase made online via the desktop.

“With point of sale technology you can bypass the register,” Sharkey said.

One example is Beat the Q, a PayPal partner that offers an app allowing consumers to order and pay for their coffee before they arrive at the café.

“Payments traditionally get in the way of what you want to do,” said Jeff Clementz, managing director of PayPal Australia.

“With Beat the Q payment preferences are already stored, a customer orders their coffee and the application sends a message to the point of sale machine.”

eBay and PayPal are also seeking to leverage the massive amount of data they process to help retailers that might struggle to do it alone.

“I don’t think if you’re a Country Road the conversation around big data is a conversation that you’ve probably got the resources to fulfill,” said Christie.

In the US Magento is piloting a service that analyses eBay and PayPal consumer transaction data to provide merchants with recommendations such as the types of new products to offer, or pricing and loyalty campaigns based on consumer behaviour.

While big on loyalty campaigns, PayPal and eBay are wary of the potential for retailers to go too far with differentiated pricing.

“In regards to pricing differentiation based on IP address and postcode and geolocation and big brother I think we should all watch out for those things,” Christie said.

“I think the idea is to have a fair marketplace.”

Christie said the idea with a retailer that uses Magento would be to enable pricing changes to be reflected across multiple sites.

“You’ve changed a price point in the afternoon, does that mean you’ve got to get staff to change a price point across the 30 different locations that product might be listed?

"That shouldn’t be how it works, you should change a price point once and then that price point on eBay now represents what you’ve got on your home site and also wherever you’re listing your merchandise in other places.”