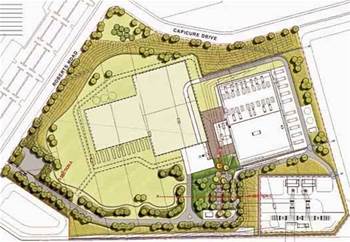 Although a value was not placed on the contract, it covered both static uninterruptible power supplies (UPS) for the facility and "thermal management" systems for some of HP's data floors.

"We're providing thermal management of some of the servers with [technology from] our Wright Line acquisition," Gob said.

The HP deal capped a strong first quarter for Eaton in which it had also picked up work with the National Broadband Network builder, NBN Co.

Sources familiar with the NBN construction told iTnews that Eaton had picked up a contract to supply power management technology to NBN Co's corporate headquarters.

The vendor was also understood to have won some work supplying power management systems to Aurora Energy to support sites in the stage one network build in Tasmania.

Gob would not confirm the exact nature of arrangements with NBN Co.

"We have secured some wins on some of the infrastructure associated with the NBN," he said.

"We're actively working on solutions for the NBN."

Gob earlier told an event in Sydney that the first quarter "had been a very good quarter for us", backed by several "significant [contract] wins."