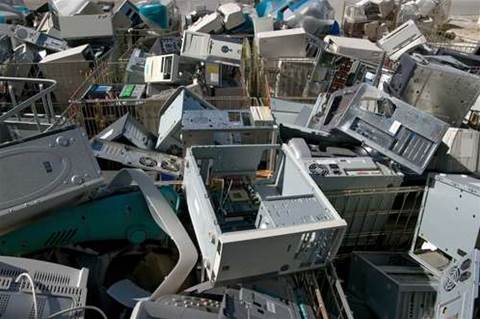 The Federal Government may need to trial all eight options put forward for a national e-waste scheme, making a sustainable solution to the problem "still a long way off", an expert has said.

Sunil Herat, an engineering lecturer at Griffith University, said the lack of national rules for the disposal of old computers and mobile phones could be causing environmental damage and putting health at risk.

The Federal Government has put forward eight options for the disposal of electronic products for public comment.

They include extended manufacturer responsibility, recycling and reuse.

A decision was expected to be made by the Government in November. But Herat believed there may be a need to trial each before a final decision can be made.

"All options put forward by the government are viable, but little research has been done on the effects of e-waste in Australia," Herat said

"Copying methods that have worked overseas may not succeed here."

Herat said one of the main challenges in creating national guidelines for dealing with e-waste was the fact that the collection and recycling of electronic products was still very expensive.

Meanwhile, Shane Mulholland, managing director of e-waste services company Greenbox, believed the Government "should focus its efforts on policing the e-waste scheme rather than managing it."

He called on the Government to prosecute companies that illegally shipped e-waste to countries outside Australia.

Apart from causing "significant environmental and humanitarian problems", the practice "eroded the growth of the entire recycling industry.

"If the government is serious about e-waste, then they need to demonstrate this by prosecuting the many operators who are doing this," Mulholland said.