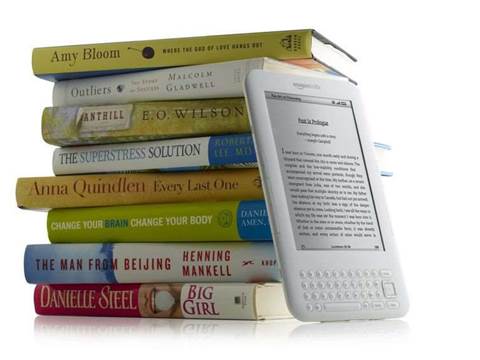 Could pirates lead to the downfall of the burgeoning e-book industry just as it looks set to take over from paper?

That's what keeps authors up late at nights working in their garrets as the US Publisher's Association said it received 831 reports of piracy last week and issued 2194 takedown notices. In the past year, it has issued 32,000 such notices in an attempt to stem the distribution of pirated books.

To help battle the problem, the Publisher's Association has created a website for authors to report online piracy.

"We all saw the damage this did to the music industry," he was quoted in Metro as saying. "It isn’t a bunch of Robin Hood geeks – it is very organised. You can call it file sharing or piracy or whatever, but they are thieves."

"It’s really got big over the last year, I guess because so many people are buying eReaders. Everything I have ever had published is out there now."

But the warning came as others celebrated the success of the format. The Association of American Publishers said e-books overtook paperbacks for the first time in February, selling $US90.3 million ($A86.3 million) versus $US81.2 million in paper copies.

That marks a trebling in sales compared to February last year while adult hardcover and paperback books fell by a combined 34.4 percent.

The report follows a trend marked by Amazon earlier this year, when the online retailer said it sold more e-books for the Kindle than new paperbacks for the first time.

Got a news tip for our journalists? Share it with us anonymously here.
Copyright © Alphr, Dennis Publishing
Tags:
as ebook of piracy publishers sales security soar warn