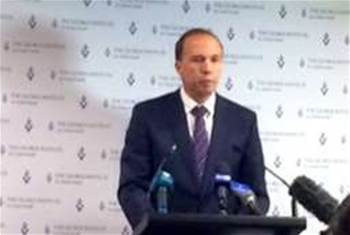 "The government remains committed to an electronic health record," he said at Sydney's George Institute for Global Health today.

"It is absolutely essential to have a record, so that we can provide tracking and advice around every intervention and the success or otherwise of those interventions."

But he also flagged a number of changes to the rollout of the PCEHR - which was initiated by the former Labor Government - that he promised to detail further in the lead up to the 13 May federal budget.

He accused the former Government of spending "over a billion dollars" on the PCEHR to achieve less than 20,000 "meaningful" registrations to use the tool.

"I'm going to change that," he pledged. "The problem with the electronic health record is that the previous government fought with doctors, they didn't work with them."

The Minister announced a fast and furious review into the PCEHR in November last year, to be headed by Uniting Care chief Richard Royle. The review's terms of reference directed the panel to look at adoption by clinicians after Dutton claimed that only "a few hundred" doctors had successfully uploaded health summaries into the system.

However, health officials have countered claims that the rate of registrations to use the opt-in PCEHR is as dire as the Government has made out.

In November, Health Secretary Jane Halton said she expected take-up to snowball as state-based public hospitals started integrating their systems into the PCEHR.