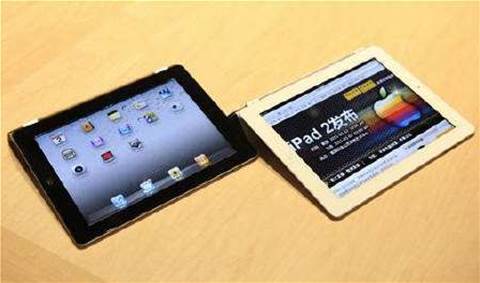 Members of the Dutch Senate won't strain their backs or weigh down their bike panniers by carrying stacks of printed documents from work any more, since they are all now expected to work on their Apple iPads.

When members of the Senate returned from the summer recess two weeks ago, they were told they had one week left of working with printed files.

After that they must stop printing out documents and wasting paper, and learn how to use a new Senate app especially designed for their new iPads.

The Dutch Senate is the first in Europe to distribute digital documents through a tablet computer.

Two weeks into the project the 75 senators are generally "delighted" with managing the reams of documents using their iPads, according to Secretary General of the Senate, Geert Jan Hamilton.

"We have had enormous piles of paper couriered to our houses every week, thick envelopes with planning and committee meeting documents, but now from 6 pm every Friday you just open the Senate app and find all the documents for the next week," Hamilton said.

Although printing the occasional document is permitted, it is expected that most of the senators will use the iPad exclusively once they are accustomed to using the tablet computer.

They can use their iPads to consult and manage information, including calendars, legislative bills, parliamentary correspondence, and meeting documents through an app developed especially for the Dutch Senate.

Creating the Senate app and buying the iPads, a plan which has been in the works for about a year, cost about 150,000 euros ($US201,053) and according to Hamilton will save the Senate around 140,000 euros in printing and courier costs in the first year.

"I am very optimistic that this will reduce costs," said Hamilton, adding that after the first year, he expects the annual costs for the upkeep and occasional printing of some documents will be in the 35,000 euro range.

The iPads, considered an office tool and equipped only with various news-related approved apps, won't have any connectivity problems in the historic Dutch parliamentary buildings, since an extra 21 wifi transmitters were kitted out in the senate building in early September.

Security concerning the information stored on the app isn't a big concern, according to Hamilton who said that unlike other Dutch parliamentarians and government employees, senators normally handle documents which are already publicly available.

"I am very pleased with the reception, and many say they consider it a very well-organised way of providing all the necessary information they have to deal with as well as reducing the enormous amount of paper involved."