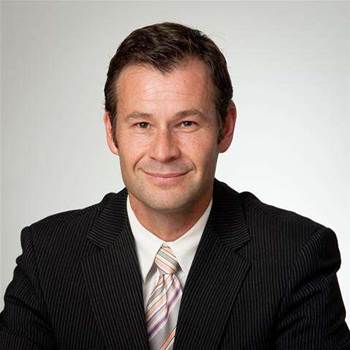 To push the digital transformation agenda across government.

The Digital Transformation Office has continued its poaching spree with the hire of Treasury chief information officer Peter Alexander as its new operations chief.

Alexander will end a stint of over five years at the federal Treasury on September 16th to start as the DTO's chief operating officer, charged with leading the agency's corporate functions as well as several special projects. Alexander will report directly to DTO CEO Paul Shetler.

He replaces Deborah Lewis as COO, who is moving across to the Department of Prime Minister and Cabinet.

Alexander is tentatively planning to introduce a dashboard tracking whole-of-govermment digital transformation initiatives, in order to apply learnings from individual projects across the public service.

The reporting function will also aim to measure in calculable terms what a particular digital transformation initiative has delivered.

"It's basically about being engaged with agencies to have an understanding of what they're doing and to have a framework so they can tell us about their project, and we can interpret and extrapolate that into the whole of government," Alexander told iTnews.

The reporting function would differ from a traditional audit by focusing more on engagement than interrogation, and to provide the DTO the ability to offer metrics on the effects of digital transformation, he said.

But that doesn't mean it will shy away from reporting on projects that haven't quite hit the mark.

"We will report on the bad stuff as well as the good stuff, where people say 'we put in this effort and got no result'. That is innovation and transformation at its core," Alexander said.

"Sometimes you try things and they don't work. If you're going to talk the language of innovation, you're going to be saying 'we tried this and it didn't work, here's what we learnt'. Then other agencies can learn from it and try different things."

The Coalition government pledged to create a dashboard of IT project performance across the public service in its 2013 pre-election policy [pdf], but the reporting tool never materialised.

Alexander said his proposed dashboard would likely be based on the same traffic light system seen in Queensland and Victoria, but would provide more detail on capabilities and lessons learnt.

"It will be something that rolls up activity and allows people to see achievements and measure performance, charting from the start to the end of a project."

But he says it 's another element of his role to revitalise and engage the public sector with the DTO.

"It's about being engaged with people, going out and talking to them and getting them to buy into the DTO agenda - saying 'we're here about disruption, come and help us'," he said.

"It will be a challenge, but it's a challenge that I think is achievable. Once we demonstrate how it works I think people will see it's not that bad. There are a lot of people who are eager and want to be involved and promote what they are doing."

Alexander will be replaced at Treasury in the interim by shared services manager Tim Dale while the department looks for a new CIO.

"I'm really disappointed to be going. This is an awesome place. Whoever replaces me will be coming into a cool place," he said.

"My team are just great, the executives in Treasury are excellent, for five years I've had such good support. It was certainly tough to leave."