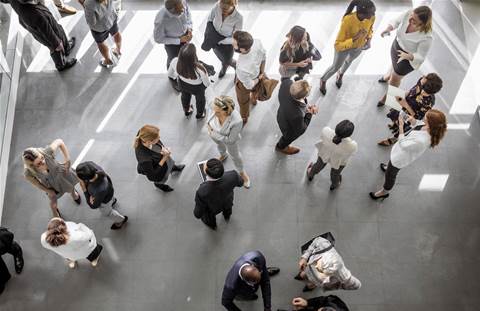 The drop would have seen the DTA’s staffing plunge to its lowest level since it was reborn as a full-fledged agency and took on the government’s II procurement and policy duties in 2016.

This was despite extra funding of $50.2 million in the government’s $800 million digital business plan to progress the Govpass digital identity program over the next two years.

A further $15.8 million was also handed to the agency to “support the continued delivery of government digital transformation priorities” for one year.

But DTA chief Randall Brugeaud told senate estimates on Thursday afternoon that ASL forecasting had not taken into account staff under either of the two funding allocations.

“But with the budget we received for digital identity our ASL cap was increased by another 14, and then [Department of Social Services] secretary [Kathryn] Campbell has within the portfolio reallocated resourcing to provide the DTA with 60 further ASL.”

“So netting that off, the current ASL cap that the DTA is working to is 256.”

The additional 74 staff - or a net increase of 39  - means the DTA’s workforce will climb to the highest since its predecessor, the Digital Transformation Agency, was created five years ago.

When iTnews put questions to the agency about its projected ASL decrease earlier this month, it did not mention the increase. The DTA also made no attempt to correct the record.

“The DTA manages its average staffing level cap and contingent workforce in alignment with our prescribed remit and priorities,” the spokesperson told iTnews at time.

“So we are balancing our permanent and contract workforce in line with both budgets and skill needs because we tend to cycle contractors through on a very short term basis, where we bring them in to do a piece of work, which is highly specialised in demand, and when they're done, they're done.”

Estimates also revealed that long-awaited legislation for the government’s Govpass digital identity scheme has been drafted and is awaiting the consultation process.

Chief digital officer Peter Alexander said the agency would open consultation on legislation, which the agency was funded in the budget to develop, as soon as the end of this month.

“We're also working on legislation because what we have with digital identity ... is the Trusted Digital Identity Framework that sets out the operating model for digital identity,” he said.

“It sets the rules of operation, how participants in the ecosystem, identity providers, consumers will operate.

“But what we have is a set of rules that the federal government can follow and agencies in the Australian Government can use, but they can't be applied to states and territories, and to the private sector.

“We need legislation to do that, so we're working on legislation, and we're about to go out to consult on that legislation at the end of this month.”