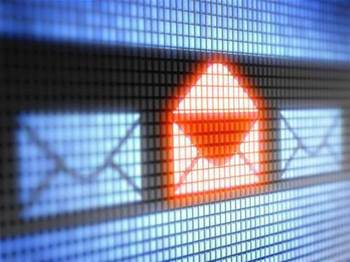 The Digital Transformation Agency has revived plans to introduce a whole-of-government email and desktop productivity service known as GovDesk, five years after the concept was first proposed.

In a move that will likely result in a shakeup of how agencies buy software, the government's IT lead has begun accelerating work on the project, which has sat dormant for several years.

First proposed by the Department of Finance under the monikers GovMail and GovDesk in September 2014, the project intends to give agencies the option of sourcing email, word processing and other desktop applications at a subscription price,

Much like the government’s successful government-wide web hosting and content management service govCMS, the idea here is simplifying the procurement heavily commoditised tools so to redirect agency resources and funding elsewhere.

In a bid to understand the viability of such a service across government, Finance conducted a feasibility study in September 2014 to form conclusions, which it subsequently used to progress the project further.

But in the three years since deciding to investigate GovMail and GovDesk further, there has been no mention of the email and desktop productivity projects.

Now, almost exactly five years after the project was first floated, the DTA is looking to “expedite” the development of the service.

It has issued a brief on the digital marketplace calling for “experienced sellers” to work with the DTA and Microsoft on “solution design for a secure cloud-based desktop environment (GovDesk)”.

“GovDesk will leverage Microsoft 365, and meet government Protected security requirements,” the DTA said in the brief.

“It will also deliver transition pathways with standardised approaches to support line of business applications. The solution must be robust, maintainable and scalable.”

A DTA spokesperson declined to publicly comment on the initiative, including when it had partnered with Microsoft on the project and why the GovMail name had been dropped from the wider project.

The decision to use Microsoft for GovDesk will be blow to Google, which has become a major competitor to Microsoft through its suite of cloud computing, productivity and collaboration tools.

However, unlike Microsoft, which became the first hyperscale public cloud provider to be granted protected-level certification by the Australian Signals Directorate in April 2018, Google is yet to receive sign-off.

The brief comes as Deloitte get to work developing a business case for GovDesk after signing a $588,000 contract with the DTA late last month.

Deloitte had also had a hand in the original feasibility study used to “form conclusions about potential viability of the proposed services”.