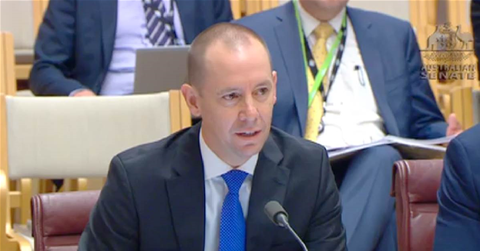 Digital Transformation Agency chief Randall Brugeaud will walk away from the top job at the end of the month after three years in the role.

The taskforce is charged with reviewing trade regulations and modernising outdated IT systems to assist more than 57,000 Australian exporters and more than 380,000 importers.

“Mr Brugeaud is uniquely qualified to work hand in hand with businesses to design and implement a cross-border trade system that meets their needs,” Tehan said.

The government is yet to announce a replacement.

Brugeaud’s exit comes just weeks after the DTA was moved out of the Social Services portfolio and back into the Department of Prime Minister and Cabinet.

His move also follows a hefty funding cut in this year’s budget, which will see large chucks on the agency’s former remit absorbed by Services Australia.

“As part of our transition into the PMC portfolio, there are a number of delivery functions - particularly myGov and digital identity - that will transfer out into delivery agencies.”

Brugeaud, who is the DTA’s longest serving chief to date, joined the agency from the Australian Bureau of Statistics (ABS) in June 2018 following the departure of former boss Gavin Slater.

Prior to the ABS, he spent two years as the chief information officer of then Department of Immigration and Border Protection.

Brugeaud was also CIO and chief technology officer at the former Australian Customers and Border Protection Services prior to its merger with the then Department of Immigration and Citizenship.

Employment minister Stuart Robert, who holds responsibility for the government’s digital agenda, thanked Brugeaud for his work at the DTA.

He added that his experience would ensure the taskforce improves government digital services for businesses.