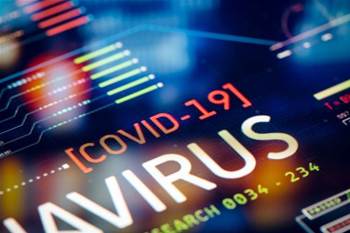 For post-COVID and bushfire impact analyses.

Optus mobile subscriber data was used by all levels of government to understand changes in behaviour that corresponded to the COVID-19 lockdowns.

The data also proved to be a useful measure of foot traffic during the bushfire crisis last Summer, with the federal-run Tourism Research Australia using it “in preparation for discussions around bushfire recovery initiatives”.

It was reported by The Sydney Morning Herald in April that Vodafone had contributed aggregated and anonymised mobile data on its subscribers to governments to help them understand population movement trends during COVID-19.

The same report quoted Optus as saying it was “working with our Commonwealth and state governments to assist their efforts in navigating our country through these challenging times” though it declined to disclose “the requests [for data] we receive."

It’s now clear there was government interest in Optus subscriber data, which it combines with third party datasets and packages up via a data mining operation called DSpark Australia.

iTnews first reported on DSpark’s formation back in April 2017, though at the time even the name of the operation was unknown.

DSpark generally has kept a fairly low public profile, though this has changed in the past couple of months as crisis events emerged that proved good use cases for its product.

“How does COVID-19 actually impact the mobility of people? It certainly does by the fact that there are social distancing measures in place, people are working from home, [and] we're all living that new reality,” he said.

“A lot of this data is now being used at a federal level, state level and even local level with councils, to help understand the changes in behaviour.” 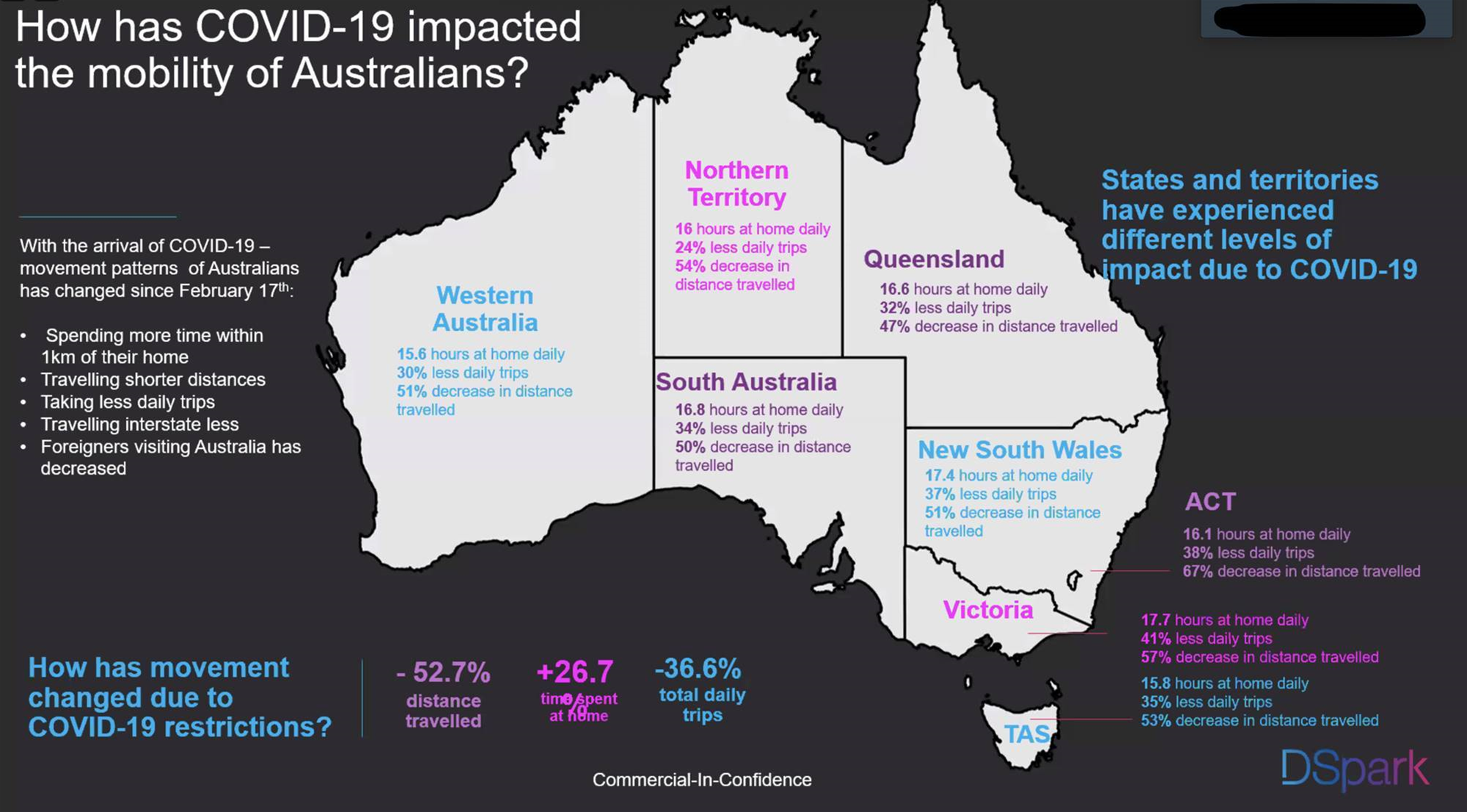 Rybicki did not discuss specific use cases but showed off an Australia-wide - as well as South Australia-specific - snapshot of DSpark’s movement data during the COVID lockdowns.

He said that in general Australians spent more time at home and travelled much shorter distances than usual.

Rybicki provided a more detailed look at how DSpark’s data was used to aid federal understanding of bushfire-affected areas in Australia that were hardest hit from an international tourist perspective.

The data was largely taken from an unlisted video posted by Dspark in mid-March that apparently includes data analysis fed to Tourism Research Australia.

Rybicki confirmed the federal use of this data, noting that it had helped inform authorities about areas in most critical need of financial assistance.

He said DSpark’s data on Kangaroo Island - “a critical tourism spot, in particular for international visitors - [showed] probably one of the highest impacts we saw across our whole country in terms of a tourism region”.

“At its worst in the end of January period, [there was] a decline of nearly 80 percent [international] visitation,” Rybicki said.

“How this was used - Minister [Simon] Birmingham from the federal office of tourism effectively looking at how to allocate recovery funds and how to prioritise that based on actual volume of impact and percentage of impact.

“This sort of data can certainly help with understanding visitation and impact in events like the bushfires.”

Rybicki said that DSpark sits “very closely to Optus” and had “access to Optus’ customer base” data, which it combined with other third-party datasets.

“We take mobile phone data, we take GPS data from various apps, we look at the roads network, we have some data in on immigration so that we can also look at how people who are from abroad traveling in Australia are moving throughout the country, [and] we ingest public transport information,” he said.

“It's the power of all of these datasets combined, enhanced, extrapolated that allow us to effectively then see the population moving 24x7.”

“It's around looking at how people move, looking at data that they generate when they move, seeing where they work, where they live, what trips they make, what modes of transport they take, and being able to apply those insights and that type of information to various problems.”

DSpark has some ties to South Australia, given it and Optus are part of Lot Fourteen, which Rybicki said was “effectively a ‘Silicon Valley’ in South Australia”.

“It will attract lots of exciting businesses and startups and creative minds and ideas, and hopefully it will generate together some really good stuff,” he said.

Rybicki said that the skill set most in-demand in his area of business right now is data engineering, not data science per se.

“It’s less around the analysis and extracting the value, but more around processing raw datasets, bringing them together and extracting attributes out of them, in order to then be able to do the data science on the backend of that.

“It's certainly in very high demand in businesses like ours and in many other entities who are playing with data or analysing data and using it for insight and action.”