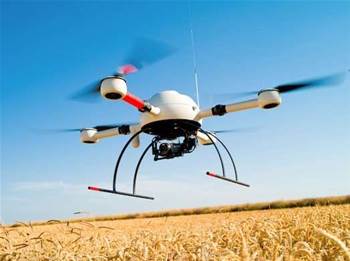 TransGrid to modernise the ‘binoculars’ approach.

The government-owned operator of NSW’s power network wants to send autonomous drones to inspect its transmission towers in an effort increase safety and make the process more efficient.

Network operator TransGrid has invited drone vendors to pitch their wares for a pilot of one unmmaned aerial vehicle (UAV), to test whether the new approach can replace the current use of binoculars and climbing technicians.

It has asked for a multi-rotor UAV with an on-board video camera that can be sent out on pre-configured inspection routes, requiring only one person at a time to monitor its operations.

“Using a [UAV] with automated flight capabilities and live video is seen as a way of performing this task more efficiently, cost effectively and safely," the organisation stated in tender documents.

Two-way telemetry will feed the video stream back to the ground in a minimum 1080p HD resolution, plus a minimum 10 megapixels for still images. The ground-based operator will be able to control and switch between the camera functions.

The TransGrid drone will also be fitted with a thermal imaging system that will capture temperatures between ‐20°C and 120°C at five degree increments.

Ideally, the drone’s take-off and landing will be able to be set as simply as pointing and clicking on a map. The organisation is also hoping to find a machine that can be sent out in the wet and in winds of up to 50km/h.

The team at TransGrid is following in the footsteps of Australia’s transport and emergency services sectors, members of which have already started to leverage the unmanned vehicles to undertake aerial surveillance more safely and efficiently than traditional methods.