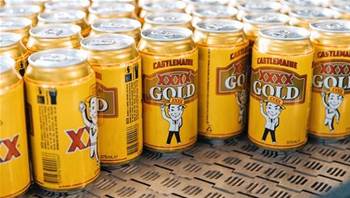 Replaced by a new CTO role.

Kearns’ LinkedIn profile shows she left Lion sometime in March after almost three years at the company. Prior to Lion, Kearns held IT executive roles at Jetstar and Sensis.

iTnews understands that Lion has dropped the CIO title entirely and created a permanent chief technology officer (CTO) instead.

The new CTO is Mark Woolsey, who has been at Lion for almost 23 years.

Woolsey’s most recent role was transformation and group strategy director, where he was “responsible for Lion's business transformation program inclusive of implementation of SAP S/4 HANA across Lion's Australia & New Zealand beverage businesses.”

Lion has spent the past couple of years shifting over to a heavily SAP-centric stack to run its supply chain operations, as well as to cloud-based services such as AWS.

Kearns said last year that 42 percent of Lion’s IT personnel had changed over the prior three years.

Lion’s IT team - under relatively new leadership - now faces a large challenge in recovering the company’s systems from a devastating ransomware attack.

The company finds itself in a not too dissimilar position to that of Toll Group, which underwent a technology leadership change of its own before experiencing a ransomware attack.

Lion said Monday there is “still some way to go” before it can fully recover its IT environment in the wake of the attack.

“Our IT teams and expert cyber advisors have continued working throughout the weekend to investigate this incident, working to bring systems back online safely,” it said.

“We have made good progress, however there is still some way to go before we can resume our normal manufacturing operations and customer service.”

While the restoration process is taking time, Lion said “it’s important that we do this methodically and safely as we work to resume normal business operations.”

It also said there “remains no evidence that any of the information contained in our system (including financial or personal information) has been affected”, but said it would “continue to review” this as part of its investigations.