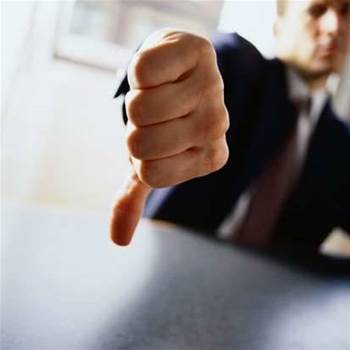 Analysts have warned that the fourth quarter of 2007 was a "disaster" for DRam suppliers.

ISuppli reported that global revenue across the sector declined by 19 per cent to US$6.5bn, down from US$7.97bn in the third quarter.

Sales dropped by 40 per cent compared to the fourth quarter of 2006 as every top 10 DRam maker tracked by iSuppli suffered sequential declines in revenue.

The main reason for the fourth-quarter revenue dive was a 31 per cent plunge in average selling prices compared to the third quarter.

The drop was partly the result of a 17 per cent increase in megabyte DRam unit production which contributed to a glut in the market.

In contrast, DRam unit production rose by only 9.7 per cent in the third quarter, and typically increases by 10 per cent on a sequential quarterly basis.

The DRam industry also continues to struggle with excess inventory, which is helping to drive down pricing, iSuppli noted.

"There is a lesson to be learned from the fourth-quarter DRam disaster. In this game of upping the production ante, no supplier wins and the entire industry loses," said Nam Hyung Kim, director and chief analyst of memory ICs/storage systems at iSuppli.

"Tier-one DRam makers can generate profits above the industry average when the industry is healthy, and only when supply and demand are in a reasonable state of balance.

"Rather than pursuing a scorched-earth policy of ramping up production to gain market share, tier-one DRam suppliers should try to return to profitability by rationalising supply growth."

Top-tier DRam suppliers engaged in huge capital spending programmes in 2007 in an attempt to corner the market and drive smaller competitors out of the industry, Kim observed.

However, even if this strategy succeeds, it will yield only short-term benefits. When profitability returns to the market, new competitors will come flooding in again.

"Until the suppliers change their ways, this naïve game of scale will continue to cost the DRam industry every year," Kim said.

The issue of profitability is becoming even more critical in the DRam market as capital expenditure requirements grow.

"ISuppli believes that the memory industry will need to spend more than $100bn per year by 2020 just to maintain present rates of growth," Kim added.

"This is because the new generation of 18in wafer fabs beyond 2015 will cost a fortune at US$10bn per fab.

"The industry needs to consider how to shift its competitive strategies in order to generate sufficient profitability to support this kind of growth."

Got a news tip for our journalists? Share it with us anonymously here.
Copyright ©v3.co.uk
Tags:
disastrousdramdrophardwaremakersrevenuesuffer