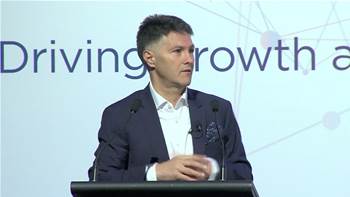 NSW Digital Minister Victor Dominello sees decentralised credentials that give citizens control of their digital identity playing an important role in the future, as the boundaries between the physical and virtual worlds becoming increasingly blurred.

In an interview on the sidelines of the 2021 digital.nsw showcase event, Dominello told iTnews that credentialing is one of the “big moving parts” of the government’s refreshed digital strategy.

The first major update to the Beyond Digital strategy, originally unveiled in November 2019, launched yesterday, embedding much of the thinking that has emerged since the pandemic.

The strategy comes just days after the Department of Customer Service began consulting on the future of digital identity in NSW, building on the digital driver’s licence that has been available to all motorists for two years.

At the same time, the Department of Customer Service has revealed plans for a personalised digital wallet that allows citizens to manage and share their decentralised credentials.

The wallet, or "credential vault", is expected to be capable of storing both government and private sector credentials, including qualifications, student cards and other passes, that are verifiable.

A concept video shown at the digital.nsw event on Tuesday also suggests that citizens will have the ability to verify credentials in the future, such as a trade licence before tradespeople start on a job.

Dominello told iTnews that “giving power and authority back to the individual is more important than ever before”, and that initiatives such as locally-stored credentials would help build trust.

“There is a very, very fine line between an autocracy and a democracy, and in the digital age, it is easy for those lines to get blurred,” Dominello said.

“So having that ability to control your data on your phone, at your convenience, on your settings is so important to our democratic future.”

He pointed to Facebook’s ambitious plans to build a virtual reality construct, called the metaverse, which would make it a lot harder to draw a line.

“In a world of augmented reality, governments are going to have to shift their focus to ascertain what’s real and what’s not real,” Dominello said.

“People can determine themselves what they believe is true or not, but government is going to have to get into the space of 'this is real' and 'this is not'.

“So that’s another time imperative for doing this digital trust piece now.”

Dominello talked down any correlation between the shift to decentralised credentials and the phishing attack on Service NSW last year that exposed the data of 103,000 customers.

“It’s part of the broader vision, and you’re seeing the smart operators like Apple doing the same thing because they can’t afford to breach trust,” he said.

"If anything, government should be more sensitive to it, not less.”

The plan for decentralised credentials will work hand-in-hand with the planned identity recovery unit, IDSupport, which will support citizens who have had their identity credentials stolen from next year.

IDSupport will offer a single point-of-contact for citizens to replace compromised identity documents, and work with other agencies to mitigate the risk of stolen credentials being used.

Dominello described IDSupport as “foundational to our future”, as it will mitigate the damage experienced by citizens while ensuring criminals go after a “much higher risk proposition”.

“We will always be fighting the crooks, let’s be honest. They will always get more sophisticated. This is a war that will never end," he said.

“But one of the best ways to deter crooks is to show them that even if they do breach the wall, it’s not going to cause significant harm, and that’s where IDSupport comes in.”

Dominello has also proposed a real-time trust barometer that would track the sentiment of customers in a bid to improve service delivery.

He likened the barometer, or trustworthiness score, to how ratings agencies like S&P and Moody’s assess the creditworthiness of governments.

“If we value trust in government, why wouldn’t agencies measures the ‘trustworthiness’ of government to assess the likelihood of quality service delivery?” he told the digital.nsw showcase.

While Service NSW already has much of this data at its fingertips, Dominello told iTnews the concept, while still nascent, would become increasingly important at a whole-of-government level.

He also flagged that an agency’s trustworthiness score could also have implications for funding, a similar approach the government takes under the Digital Restart Fund.

“You put a dollar value to it – i.e. you want money to run a program, show us the benefit cost ratio and also show us the trust ratio,” he said.

“This will quickly motivate government to focus on quality customer experiences.”