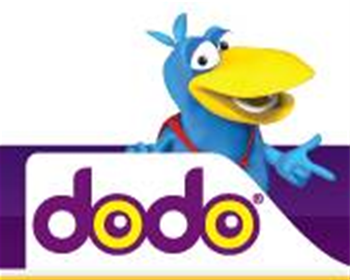 Forced to refund up to $360K in excess usage charges.

Internet provider Dodo will refund 16,000 customers “up to $360,000” after marketing low-speed and low-quota NBN plans as being “perfect for streaming”.

Dodo was stung by the Australian Competition and Consumer Commission (ACCC) over the campaign.

The ACCC said that “from November 2015 to March 2018, Dodo advertised its NBN broadband plans as ‘perfect for streaming’, including for plans with maximum speeds of 12 Mbps.

“Some of these plans only had 10 gigabytes of included data,” the commission said in a statement.

“We were concerned that Dodo customers on these plans could not reliably stream high quality video, particularly when others in the household were using the internet at the same time,” ACCC chair Rod Sims said.

“At 12Mbps, Dodo’s customers could not stream ultra HD video at all.”

The ACCC said that a 10GB data allowance allowed only a “modest amount of streaming” before the quota would be exhausted, and extra would have to be purchased.

“According to Netflix, high definition streaming uses up to 3GB of data per hour,” Sims said.

“With these plans a customer would have to pay extra if they streamed just two or three movies.”

“We don’t believe NBN plans with just 10GB of included data are ‘perfect for streaming’.”

Dodo agreed to provide refunds to around 16,000 current and former customers on affected plans “who incurred excess data charges during the period when the ‘perfect for streaming’ advertisements were published.”

“Those customers who were subject to excess data charges and are still with Dodo will also be offered the option to exit their contract at no cost,” the ACCC said.

Dodo is one of the retail providers owned by Vocus. It has stopped selling 12Mbps plans, due to the rising costs of servicing them.

In a statement, Vocus said that excess usage charges were incurred by "less than three percent" of customers exceeding their quotas.

The average excess was "approximately $23 per customer", Vocus said.

“Doing the right thing by our customers is our focus and we apologise for our error," Vocus chief executive of business and consumer Antony de Jong said.

"We ceased new sales of that specific NBN plan and promotion some time ago, turning our focus to offers that deliver a better experience."