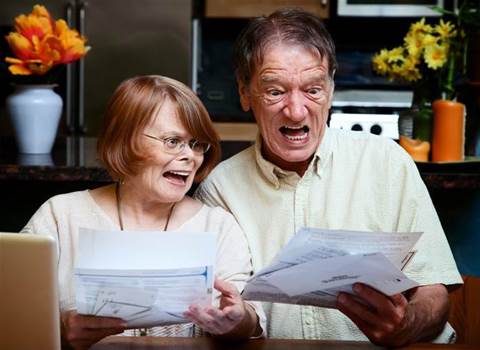 The Federal Court has slapped controversy-dogged debt collector Panthera with a $500,000 fine for unconscionable conduct over its serial harassment of identity theft victims who had fraudulent debts taken out in their name – and for then trashing their credit ratings.

The landmark action by Australian Competition and Consumer Commission (ACCC) is a big win for the regulator which is attempting to crack down on hardball tactics and the pursuit of so-called ‘debt in dispute’, where consumers are slugged with bills they do not owe, either through fraud or billing errors.

The ACCC took the action on behalf of three consumers with fake debts in their name who went through multiple steps to prove they had been defrauded, including contacting police and identity theft support services - only to be continually harassed.

The ACCC lodged the action in September last year with billers that sold debt to Panthera listed as AGL, Origin and Telstra. Telstra has since dumped the collection agency.

Evidence in the case revealed that, aside from using harassment to force payment of debts that were not owed, Panthera also placed incorrect credit default listings on the fraud victims' credit ratings files.

The fine and admission by Panthera, which admitted to the actions and made submissions to the court with the ACCC over the penalty – a kind of corporate plea bargain – is unlikely to be the end of fallout from the case.

The fine and admissions are a major problem for the government because of Panthera’s links to the Robodebt fiasco.

In September iTnews revealed the company ARL Collect (Pty Ltd), which is wholly owned by Panthera, had won a $3.3 million contract from the Department of Human Services (DHS) to chase money for Centrelink.

Many of the controversial hardline tactics to generate and collect on Robodebt were subsequently found not to be legal by a Victorian court, throwing the so called ‘bludger-bashing’ foray into disarray.

In February this year the Office of the Information Commissioner put in place new rules that force credit information providers across Australia to share information between themselves on when a consumer has asked for a ban on new credit applications – the ground floor door for online fraudsters establishing bogus credit cards and loans.

In a statement issued after the fine, Panthera described the issues it was prosecuted for as "isolated" and that its senior management were not involved.

“The Board and senior management team of Panthera Finance are pleased that the issues raised by the ACCC during these proceedings have now been resolved," a spokesman for Panthera said.

“We have apologised to the three customers impacted and taken further steps to strengthen compliance and ensure these issues do not happen again.

“Our levels of compliance and quality set a new standard for the rest of industry.”