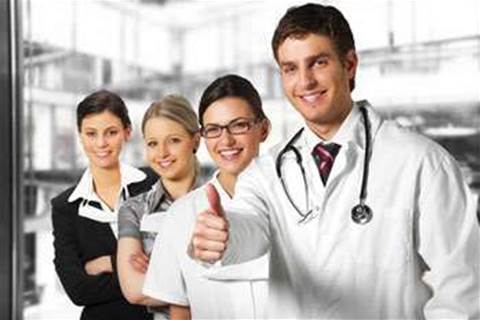 Consumers who customise their personally controlled electronic health record could miss out on its intended benefits, a Parliamentary committee into cybersafety was told.

Consumers Health Forum chief executive Carol Bennett told a committee hearing that doctors could refuse to use a patient's e-health record if that patient declined access to certain medical documents associated with the record.

The Federal Government's PCEHR initiative, launched on July 1, allows consumers to opt-in into the record and determine which clinicians or doctors can view records and health summary information associated with the record.

While individual documents cannot actually be deleted from the record, those who do have a record can choose to "effectively remove a document from view" of healthcare professionals.

But Bennett warned that a draft guide issued by the Australian Medical Association suggested that doctors should consider refusing to use those records where patients had asserted their rights to restrict access to health information.

The draft provides that where a patient declines to upload some aspect of their clinical data to their PCEHR, that doctor “can reasonably consider declining to use the PCEHR for that patient in future".

“The last thing we want to see is Australia’s significant investment in coordination in information sharing not achieving its full potential because consumers don’t know about the potential benefits of the record or don’t feel comfortable using it because they are not able to exercise their rights about how they share their information,” Bennett told the committee this week.

She acknowledged overall awareness and uptake of the PCEHR to date was very low.

Bennett noted “teething” problems with consumer sign-ups meant uptake was thought to as low as 6000 registrations since the scheme was launched.

The Department of Health and Ageing reported 4500 registrations for records in the first 30 days of becoming available, sparking criticisms of poor reception fo the $467 million initiative.

However, the department and lead body NEHTA have insisted that more than 105,000 consumers could ultimately join the iniative once those who trialled the record are transitioned to the final program.

“If people are not signing up there may be good reasons why not,” Bennett said.

The Consumer Health Reform has continued to voice concerns over the audit trail disclosing to patients who accessed their records, as well as the lack of independent oversight of the system generally.

The audit trail should identify to consumers precisely which health specialist had accessed their records, she said. At present it was just broadly identified as a health institution, such as a hospital.

“The controls need to be very specific over which practitioners are being given access and to which parts of the history,” she said.

Not all health providers needed access to all the health information in a PCEHR, she stated.

“There’s a whole range of reasons for this to be selectively protected and [there] were legitimate reasons why they would not want particular practitioners to access the records. The control is critical before consumers will be willing to sign up for PCEHR,” Bennett said.

Bennett’s push for more control and discretion by patients of their electronic records risks undermining the utility of the PCEHR ccording to the AMA.

The AMA’s draft guide also suggestd that these moves will only see doctors discounting a PCEHR as a clinical aid.

“The PCEHR appears likely to have practical clinical limitations for medical practitioners in patient treatment in respect of the content, accuracy and accessibility of the information in the early phase of its introduction,” its guide stated.