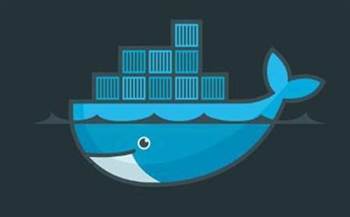 Such is the interest at Hykes’ departure announcement - simply titled “au revoir” - that the Docker blog was experiencing 504 gateway timeouts at the time of publication.

Hykes said he was personally overseeing the hunt for his replacement, someone who he wants to have “decades of experience shipping and supporting software for the largest corporations in the world”.

This is to take advantage of the “massive growth opportunity” Hykes sees for the company as it tries to reinvent around a supported container-as-a-service offering geared for enterprise, called Docker Enterprise Edition.

Docker’s meteoric rise into a staple architectural element of many environments came largely because it could be downloaded and used by anyone. Billions of downloads followed.

The company’s technology provides a lightweight way to package and ship a Linux application or service. These packages – called containers – can easily be moved between environments, such as between clouds or virtual machines, and can be started up in seconds.

Docker had no trouble raising funding, but long-term questions remained about how it could become financially sustainable on its own, particularly as others with entrenched commercial acumen moved into the space.

Docker sees Enterprise Edition as the answer, but Hykes believes its propulsion would be aided by a CTO that has done similar work before.

“I now have a new role: to help find that ideal CTO, provide the occasional bit of advice, and get out of the team’s way as they continue to build a juggernaut of a business,” Hykes said.

“As a shareholder, I couldn’t be happier to accept this role.”

Hykes started the precursor to Docker - called Dotcloud - with two friends a decade ago.

In his own words, “I was 24 and had no idea what I was doing. We needed a CEO, so that became my new role".

Dotcloud reinvented itself as Docker five years ago.

“Soon growth was off the charts, and we hired an experienced CEO to help us sustain it,” Hykes said.

“I was 29 and eager to do my part. Docker needed a CTO, so that became my new role.”

Now, as “Docker has quietly transformed into an enterprise business with explosive revenue growth and a developer community in the millions, under the leadership of our CEO Steve Singh”, Hykes saw a new role for himself - but no longer in the day-to-day operations.

“As a founder, of course, I have mixed emotions,” he said.

“When you create a company, your job is to make sure it can one day succeed without you.
“It’s never easy for a founder to part ways with their life’s work, but I realise how incredibly lucky I am to have this problem.

“Most ideas never materialise. Most software goes unused. Most businesses fail in their first year.

“Yet here we are, one of the largest open-source communities ever assembled, collectively building software that will run on millions of computers around the world.

“To know that your work was meaningful, and that a vibrant community of people will continue building upon it…. can any founder ask for anything more?”