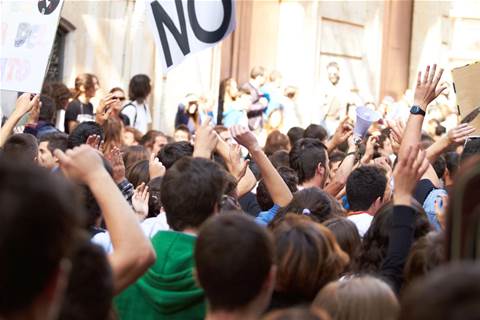 Members of Australia's peak representative body for IT security workers are pushing for a sweep-out and re-election of the current AISA board in anger over the sacking of the organisation's CEO.

Just days before Christmas former AISA CEO Arno Brok was informed by the board that his position had been terminated.

Brok had served as the industry organisation's first CEO for a year-and-a-half. He was given three months notice and is understood to currently be on stress leave.

The move gave AISA's board back an operational role, rather than the governing model it had operated under for the past 18 months. The AISA board welcomed five new directors just prior to Brok's termination.

Acting chair Damian Manuel, also CISO at Blue Coat Systems, told iTnews at the time that it had been an error to concentrate all of AISA's work into one individual.

AISA had given individual board members responsibility for dedicated portfolios prior to implementing the paid CEO role in mid-2015.

But outrage over the board's treatment of Brok has prompted members to lobby the base to call a general meeting at which a vote can be put to vacate the current board and re-elect directors.

The board was today urged by the members to stand down and elect an interim board for 30 days.

But the request was knocked back, with the board instead deciding to bring forward the date of its annual general meeting from December to October, at which nominations for director positions will be held.

The lobby group of disgruntled members is now campaigning for the 200 signatures - 5 percent of the AISA membership base - it requires to call an extraordinary general meeting.

Should it gain the requisite number of votes for an EGM, the group will put forward a resolution to remove all existing board directors.

The members behind the letter have offered up four individuals to serve as interim board directors.

They say Ben Dullard (a former AISA chairman), Keith Price, Jodie Siganto, and Steve Simpson - all former active leaders within the organisation - had offered to serve in the interim, and pledged not to stand in the proposed election.

"The current board and branch chairs provide the most diverse industry representation that AISA has had for many years, and is committed to delivering stability, growth and increased advocacy for its industry and membership," AISA's directors said in a statement.