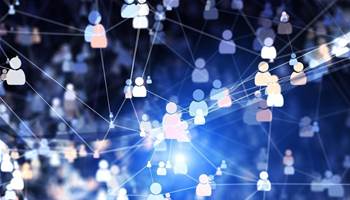 Australians who have applied for a disability worker screening check are set to have their personal information stored in a new online national clearance database to improve the portability of their probity credentials.

The legislation underpinning the centralised database was introduced to parliament this week ahead of the introduction of the scheme in July 2019, two years after a nationally consistent approach to worker screening was endorsed by the Council of Australian Governments (COAG).

It will see the creation of a “database for nationally consistent worker screening, for the purpose of minimising the risk of harm to people with a disability from those who work closely with them”.

Disability workers are required to be screened under existing legislation to ensure that they do not pose a risk to people with a disability.

Creation of the database was agreed to by the states and territories last May after a new national approach to regulation for the NDIS was released by COAG’s Disability Reform Council.

This was followed by a $14.9 million funding injection in the Mid-Year Economic and Fiscal Outlook (MYEFO), of which $13.6 million will be used to develop and maintain the database. States will be expected to contribute around half of this.

The repository is expected to “provide and maintain current and accurate information relating to these checks”, which according to the government will give the 160,000-plus full-time disability workers worker screening checks that are portable across jurisdictions.

It could contain information about individuals relating to “pending, current and previous” work screening decisions, including those who have been cleared, those who are no longer being considered and those prevented from working.

“Examples of personal information which may be contained in the database include information relating to the identity of persons who have made an application or had a decision about them made under an NDIS worker screening law,” an explanatory memorandum for the NDIS Amendment (Worker Screening Database) Bill 2019 states.

“This may include: name, date of birth, age, place of birth, address, telephone number, email address and other contact details, employment details, education, Government issued identification numbers and expiry dates as well as a worker screening number allocated to that person.”

Information relating to a person’s criminal history will be excluded from the database.

The database will be hosted and administered by the NDIS Quality and Safeguards Commissioner, with states and territories to continue to perform the checks.

A number entities are expected to have access to the information, including state and territory screening units, NDIS providers and their subcontractors and the Department of Social Services, though this will be “at varying levels of detail”