Digital twins for Defence a $16m win for McKinsey 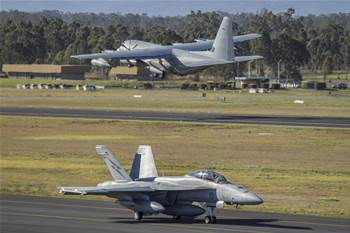 Defence is set to spend around $16 million on digital twin projects for the Army and Royal Australian Air Force under "computer services" contracts awarded to McKinsey last year.

According to answers to questions on notice provided by senator Katy Gallagher last week, nearly $10 million will go to the army project, and $5.8 million to the air force.

As part of the 2020 Force Structure Plan, Defence has asked the consulting giant to develop a digital twin of the whole future Army.

While Defence says it lacks the skills to do its own digital twin work, Army personnel and public servants will take part in the digital twin’s development.

Nearly $200,000 in the contract is allocated to training Army staff.

“The digital twin is heavily informed and guided by Army personnel to ensure that the tool meets Army’s decision-making needs”, the government stated.

“The digital twin tool will be hosted on Army equipment, with training provided for Army personnel to perform the services on an ongoing basis.”

For the Royal Australian Air Force (RAAF), McKinsey will help on a 32-week project to develop digital twins of two air bases, with RAAF Amberley to be the prototype.

The second air base was not identified by the government.

The digital twins “will capture the complexity and interdependency of airbase operations at main operating bases, and expeditionary footprints”, the government said.

“The modelling will provide the ability to identify bottlenecks in airbase capacity and provide the opportunity for McKinsey to make enterprise-level recommendations to Air Force in relation to improving the way in which limited airbase resources are applied.”

The government added that the models will “provide the ability to optimise detachments deployed in support of expeditionary operations against any given style or operation and operational tempo, and to accurately foreshadow the impact of having to provide expeditionary personnel at the donor bases."