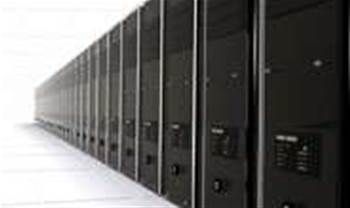 The 3.48-hectare site at Erskine Park was expected to house four data halls to be built in phases. Halls would provide a total of 18,600 square metres of space.

Regional head Kris Kumar told iTnews that the company would start by building out two of the planned four halls, although he conceded that customer demand and timing could see all four built at once.

"If we get economies of scale [or sell the space to customers early] we may end up doing all four," he said.

Kumar said that development applications had been approved and that the first technical floorspace would be on the market in a years' time.

He hoped that NSW Government could be an anchor tenant but said there were a number of discussions underway.

Digital Realty Trust was bidding for the NSW Government's data centre consolidation project as part of a consortium that remained in the running for work.

Kumar said the site had "plenty" of power capacity and was close to major fibre routes.

He said Erskine Park was chosen in part because Digital Realty didn't want the site constrained by power availability - a problem for facilities located closer to the city.

"We have to be certain that we'll get that level of support from the utilities, and in order to do that you have to get 30 to 40 kilometres outside the CBD of Sydney."