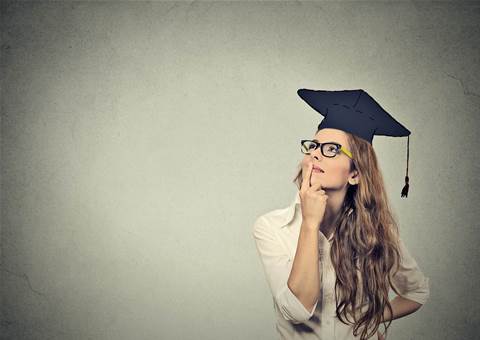 The Department of Human Services is looking for 125 university graduates to fill roles in one of the biggest and most complex IT shops in the southern hemisphere.

It has just opened applications for technology positions across its Canberra, Adelaide, and Brisbane IT offices, and is offering a starting salary of $69,699 for STEM graduates.

Graduate roles last for six months, and successful workers will be offered a permanent APS level five job at completion of the program.

The department's new CISO, Narelle Devine, has made a special appeal to to women to join her cyber security team as well as the many other divisions that make up the expansive CIO group.

“Cyber security, and IT more generally, is often perceived as being a male-dominated industry, but the department’s modern workplace culture provides great opportunities for anyone who is passionate about technology,” she said.

“What sets us apart is that our work touches the lives of nearly all Australians at some point, and we have the opportunity to make a real difference for people.”

Devine said graduates will get “hands-on exposure” to the vast systems the DHS works with. This includes the biggest IT project going in Australia right now, the $1.5 billion Centrelink payments system replacement, which is just about to hit the meaty part of its implementation.

The Human Services IT shop employs around 3000 staff and is funded to the tune of nearly $1 billion a year.

However, the highly visible division also attracts its fair share of public scrutiny thanks to the volume of public funding channelled into its operations.

DHS IT has returned to the spotlight recently thanks to its use of automated debt recovery, which has been criticised for chasing welfare recipients for money they often don’t actually owe.

It is also responsible for operating the well-used but often-complained-about MyGov portal, which is currently the subject of a review by the national auditor.