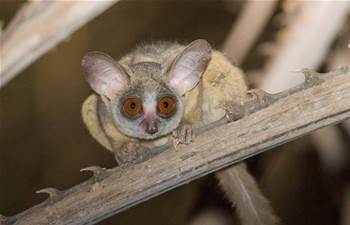 The Galago, also known as a 'bush baby'

Before major change can be made with $1.5bn WPIT overhaul.

The Department of Human Services is hoping to revamp some of its web-based frontends with Angular, chalking up quick wins before a forthcoming overhaul of its backend infrastructure.

Chief technology officer Charles McHardie told iTnews on the sidelines of Gartner Symposium that the agency had drawn inspiration from the transformation strategies of Australia’s big banks.

He believed DHS could replicate their experience and quickly realise user experience improvements by uplifting its front-end user interfaces.

Further improvements to the customer experience could then be driven out of the $1.5 billion core systems replacement project known as the welfare payments infrastructure transformation (WPIT).

But DHS would not have to wait for the completion of that major project in order to achieve early gains.

"You can draw a lot of benefits through speedier claim-to-payment processes and then you go into the backend later on,” McHardie said.

“You keep the legacy systems running while you work out the true benefits with your customer upfront.”

The agency has committed to the open source Angular framework developed by Google to uplift some of its user interfaces.

It has trained its development teams on Angular but while they have started using the framework, nothing has been put into production yet.

"We were looking for a new customer-facing Java-based framework so we could more rapidly deploy [code],” McHardie said.

“Rather than Java developers cutting code from scratch, a lot of organisations are building and leveraging off various frameworks.

"We looked around the market, spoke with Gartner, talked to the large banks and organisations of our size and one of the big frameworks out there is Angular.

"We have embarked on a fairly large training program to get our people familiar with the platform. We have not deployed anything into production but we have began to cut code on a few larger projects."

McHardie would not be drawn on specific projects using Angular, but said DHS typically has more than 200 IT initiatives in flight.

"They reach right across our master programs – whether Centrelink or Medicare or child support – or other builds underway to support other agencies like Department of Veterans Affairs, National Disability Insurance Agency and the Department of Education."

The adoption of Angular is part of a broader rethink on how DHS approaches application development, which touches both methodologies and tools.

Like many others, the agency is increasingly adopting agile methodologies, particularly on new projects, as part of its digital transformation.

It has bought into “bimodal IT” as a foundation for its digital transformation. Bimodal IT is a Gartner methodology that aims to help organisations renovate their existing processes while spinning up newer ways of working.

DHS kicked off ‘Project Galago’ three months ago as a way to “industrialise bimodal in the department”, McHardie said. Galago is expected to run for another six to 12 months.

The program is named after an African primate known for its agility.

“We have a very long and proud history of deploying quality software platforms into production and it is leveraged off many years running large programs for federal government like the Centrelink master program and Medicare,” McHardie said.

He sees Galago as a way to combine classic waterfall code deployments with the newer agile development methods, thereby achieving the step change in strategy promised by bimodal IT.

Alongside strategy, DHS is also adopting new tools and frameworks, with a particular leaning towards open source.

In addition to Angular, the agency is now using Github for configuration management, and has begun investigating the Node.js open source server framework.

The agency is not committing to any particular open source framework at the expense of others.

"Something new may come along,” McHardie said.

“That is one of the benefits of open source technology – you are not making too huge an upfront investment, other than training your staff."

The agency is extending agile thinking to all aspects of project management as it seeks to de-risk its digital transformation.

McHardie indicated he wanted to break major projects into smaller tranches, with guidance from the Digital Transformation Agency (DTA).

"That is very much the DTA's approach – use the appropriate technology and tranche up your project to de-risk it,” he said.

The approach points to a potential move away from the “monolithic” architectures that still dominate the environments of major large organisations.

DHS still relies on such monoliths. It has a major investment in SAP, and almost 500 of its 3500 IT staff hold SAP certifications.

McHardie said while a monolithic model required use of a single large vendor’s technology stack end-to-end, the alternative was to use “alternate” systems to handle particular functions.

“That’s what we are electing to do,” he said.

The first major chunk of WPIT went to SAP.

The agency originally planned to award the project to a single core software technology and a single systems integrator.

However, it has since opted to break WPIT into smaller tranches, McHardie said during a panel at Gartner Symposium, where he was joined by Peter Alexander, chief digital officer of the DTA.

DHS is currently working on the technical design and evaluation for the appropriate technology components for the remainder of WPIT.

"I won't give too much away, it is a bit sensitive," McHardie said.

But it isn’t looking to move away from monolithic systems entirely.

"We will still have SAP on the payments side in the backend, because that is where our corporate ERP system is,” McHardie said.

“We have [extended SAP] with technology such as SAP Fiori ... but the rest of the stack is up for grabs.

"We are doing a lot of work with the smaller end of town, which aligns closely with what the DTA is directing me at the moment – to go out and take a look at the whole technology ecosystem to ensure we are not locking ourselves into one dominant stack."