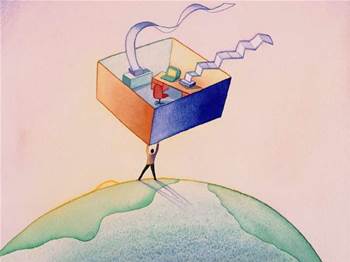 Out-of-band management provider, Opengear, has signed a deal with the Department of Foreign Affairs and Trade (DFAT) to supply over 200 Linux-based console servers to remotely monitor and manage its international locations. The deal is estimated to be worth over $350,000.

Already, 16 Opengear CM4116 console servers have been deployed to eight international sites. The next three years will see a total of over 200 console servers installed at Australian Embassies, Consulates, High Commissions and territories.

The console servers provide secure access to the serial console ports on Windows, Sun and Linux servers, allowing DFAT’s system administrators and network managers to monitor and control the department’s computers and networks from anywhere in the world. DFAT expects this to eliminate the need to send individual technicians to overseas locations where problems arise.

Opengear CEO, Bob Waldie, said Opengear was very pleased to be working with DFAT to provide the new network of console servers. He said that as the CM4116 is vendor agnostic, it can connect to any equipment with a serial console.

“For DFAT, the CM4116 console managers will mainly be providing secure access and management of network infrastructure such as routers, switches, PBXs and communications connections,” Waldie said.

“This can be of particular importance when you are dealing with a worldwide network like DFAT’s.”

Waldie said the use of Linux and other open source technology also made Opengear console servers a more cost-effective solution.

“Our company’s adoption of and contribution to open source technologies enables us to pass on cost savings to customers.”

Opengear plans to target more department bodies with its line of console servers. It already supplies console server solutions to Ergon Energy in Queensland.
Got a news tip for our journalists? Share it with us anonymously here.