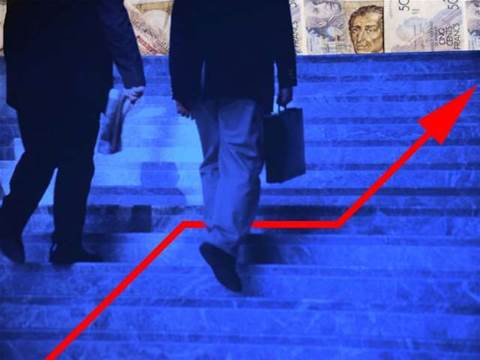 Cloud Exchange to open next year.

The advent of cloud computing, whereby a remote network of computers is made available online, has not only enabled users to ditch much of their own costly hardware but also to switch between third-party machines according to where processing power is cheapest.

Deutsche Boerse said the Cloud Exchange will open as a spot market in the first quarter of next year to companies and other organisations which outsource their data storage and computer processing needs, enabling them to buy capacity just like they would commodities such as oil and electricity.

The operator of the Frankfurt stock exchange and Eurex financial futures market has set up a joint venture to operate the new market with Berlin-based cloud computing management software firm Zimory.

Storage capacity will be traded in data units of at least 1 terabyte (TB) and processing capacity on offer will come in the form of at least 10 Performance Units (PU), with one PU representing 8 gigabytes.

Deutsche Boerse said contract periods are for a day, a week, a month, a year or unlimited, with one day's notice for the buyer to cancel and one month for the seller.

Mindful of security and property issues, the exchange said buyers will be able to choose providers and the jurisdiction where their outsourced data will reside.

"Cloud computing has such a homogeneous character that it would be easy to commoditise," Maximilian Ahrens, co-founder of Zimory told reporters.

"It's the same with bananas. It is possible to agree on a price, without all the bananas looking the same," said Michael Osterloh, a director of Deutsche Boerse Cloud Exchange AG.

The global cloud computing services market is forecast to grow 18.5 percent this year to US$131 billion worldwide, according to research firm Gartner, while the Infrastructure as a Service (IaaS) sector, which includes processing, storage and print services, is seen growing 47.3 percent in 2013 to US$9 billion.

Other companies already offering marketplaces for computing capacity include Amazon's Elastic Compute Cloud (EC2) market but Deutsche Boerse will be the first firm to offer a market which is not linked to a specific services provider.

There have been previous proposals for creating an exchange for trading computer processing power, including one in the United States in 2005 involving electronic stock market operator Archipelago and Sun Microsystems, but none so far has got to the stage of opening for trade.

Deutsche Boerse said it was currently working with up to 20 companies, which could sell processing and storage capacity to get the market going. At the same time companies from sectors such as airlines, automotive and information technology have shown interest in being buyers.

"It will be very interesting to see how this model works," said David Bradshaw, an analyst at technology research firm IDC.

"For cloud providers it will be an interesting way to optimise their utilisation. I can imagine them offering cloud capacity to the spot market at lower prices than they charge their own clients.

At the same time they create demand and prices may actually rise."

Deutsche Boerse expects to make a profit from the business after three years. If the spot market takes off the Cloud Exchange will then look to introducing a fully regulated derivatives market offering options and futures contracts, which could be launched in 2015, it said.