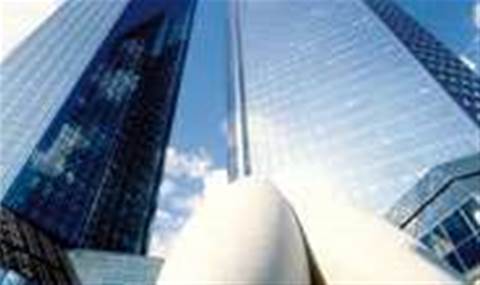 Deutsche Bank will outsource large parts of its wholesale banking IT infrastructure to Hewlett-Packard (HP) in a multibillion-dollar deal that leaves the group's retail operations untouched.

Under the 10-year agreement, HP will provide computing capacity and data storage to host Deutsche's operations, the two companies said in a joint statement on Tuesday. Deutsche will retain activities such as IT architecture and information security .

The companies did not specify the exact value of the contract.

The deal does not directly affect a 2003 accord Deutsche concluded with IBM to run its retail banking operations in Germany, including those of its high street branch network separately listed as Postbank.

Deutsche Bank launched a strategic review in December designed to reposition the group as it falls short of its own profitability targets. The bank has considered selling Postbank as one option among many in the restructuring.

Part of the bank's long-standing restructuring efforts have included moving to a more flexible digital platform as pressure rises on the financial sector overall to cut costs, embrace web-based client platforms, and face competitors coming from outside of traditional banking.