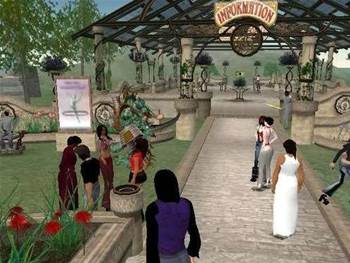 It’s a match made in heaven: Telstra is Australia’s biggest telco and ISP, while Second Life is one of the world’s hottest social networking tools. So when the media reported that “the game was almost over” for Second Life, Telstra was quick to defend its investment.

Page 1 of 2  |  Single page
Recently, Tourism Victoria withdrew its advertising funding from Second Life’s ABC Island. This prompted Deacons technology and media partner Nick Abrahams to comment to The Australian that “the drop in commercial interest in Second Life had been noticeable over the past nine months”.

Abrahams said that at any given time, fewer than a couple of hundred Australians might be in Second Life.

But virtual worlds expert Gary Hayes said that virtual world ratings should be measured in engagement and user hours, not just hits.

“Facebook has 65 million users on for just four hours per month. 132 Americans watch YouTube but they watch only about five minutes per day or 2.5 hours per month,” said Hayes.

“Second Life (and other social virtual worlds) has the highest rates of loyalty and stickiness of any social network generation, more than 50 hours per month per user.”

Hayes said that Telstra’s islands, known as The Pond, had a steady stream of around 50-100 users at any given time.

Telstra spokesperson Peter Habib quoted figures compiled by The Project Factory which said that BigPond’s islands were the most popular in Second Life.

The Ponds were founded in March 2007 with 11 islands (now 16) which have hosted virtual concerts, ANZAC Day commemorations and even New Year and Australia Day events.

BigPond recently hosted an AUSTAFE event which involved live streaming of the event from Adelaide into Second Life.

The Ponds also contains five residential islands for users to build themselves virtual real estate to live in, at near 100 per cent occupancy.

Telstra spokesperson Peter Habib told iTnews, “BigPond’s commitment to innovation, interactivity and entertainment in Second Life is a key part of our success.”

Hayes said that The Pond’s approach to customers differentiated it from many other brands.

“The real success of The Pond is more about the regular events, the creativity of the builders who often come from the community, elements of nationalism, and many of the organic spaces that promote stickiness by their ‘ambience’ rather than superficial interactivity. This has been a real differentiator.’
Next Page 1 2 Single page
Got a news tip for our journalists? Share it with us anonymously here.