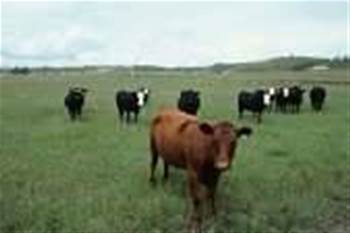 The Department of Agriculture will transform the data holdings and associated business processes of its research bureau over the next four years, with a $3.75 million pilot project already underway.

The existence of the agricultural intelligence transformation project (AITP) was first revealed in the Australian Bureau of Agricultural and Resource Economics and Sciences’ (ABARES) work program for 2015-16 [.docx].

The project is a response to the findings of the national agricultural statistics review undertaken jointly by ABARES and the Bureau of Statistics, which were released mid last year.

A departmental spokesperson told iTnews ABARES’ improvements would occur in multiple phases under the AITP.

The first phase is the $3.75 million transformation of the ABARES farm survey system, an almost 40-year pool of broadacre and dairy farm data used to inform agricultural policy.

“ABARES current farm survey system is a bespoke application built incrementally over many years, which is increasingly difficult to maintain,” a departmental spokesperson said.

“This is a pilot project preceding the transformation and modernisation of the remainder of ABARES business processes and data holdings.

“The objective of phase one is to demonstrate the transformation and modernisation of a single key ABARES business asset as guidance for other areas of ABARES business.”

The farm survey data transformation is expected to involve migrating existing data assets into the department’s enterprise data warehouse, a new system to collect and surface survey data, and the upgrade of analytical systems used to report on the data.

The new system will be accessible not just by policymakers but also interested third-parties.

“The [farm survey] transformation project aims to make suitably anonymised and aggregated data discoverable and accessible to other users within and external to the department including via new self-service options supported by a range of business intelligence, analytics and publishing tools,” a departmental spokesperson said.

The department would not be drawn on the types of analytics and “intelligence” technologies it is considering in the wider AITP, such as whether it plans to use cognitive or AI software that is finding a greater footprint in the enterprise market.

However, the spokesperson indicated that agricultural data collection is likely to occur using sensors and internet of things technology.

“It is expected that over time the [AITP] transformation will enable the development of an advanced analytical capability on the back of the department’s data holdings and the ability to integrate data from a range of current and anticipated sources, including for example, from sensors on farms, from satellites and from along supply chains,” the spokesperson said.

The spokesperson said the entire project would likely run over the next 3-4 years.

No budget has been set aside for AITP beyond the $3.75 million to fund the first phase.