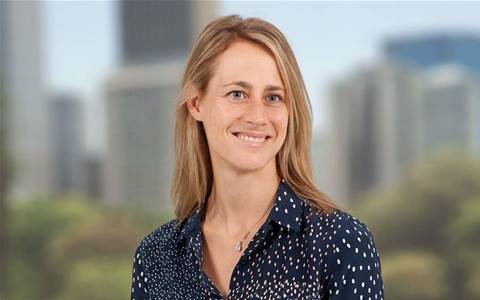 Chasing the enterprise AI and cognitive intelligence market, Deloitte started three years ago with an ambitious goal: to create its own library of reusable cognitive assets that clients could plug-and-play as they wished.

“We began assembling an infrastructure platform and developer environment, the idea being that we’d host a suite of reusable, modular functions that our clients could use to plug-and-play cognitive solutions into their enterprise,” Deloitte Australia strategy consulting partner Kate Huggins told iTnews.

“These reusable assets might be cognitive technologies like an algorithm library, an analytic capability, some workflow automation, or some UI/UX stuff.

“But I think we learned pretty quickly that that was going to be unrealistic.”

One of the main reasons Deloitte formed that view was the variability in emerging use cases for enterprise AI.

“We played around with this platform and found a one-size-fits-all-at-scale cognitive platform for so many different use cases is just not practical yet given massive variability in those use cases,” Huggins said.

“There are use case-specific architectural and technical requirements. We also found that we just couldn’t go fast enough with the development of our cognitive capabilities.

“When you think about the billions of venture money being poured into new software start-ups developing these cognitive capabilities, we recognised that we would need to balance developing our own assets and capabilities with being part of that ecosystem and working with some of the smaller, more nimble companies that can move faster than we can.”

Deloitte is now three years into developing its cognitive and enterprise AI capabilities.

“I think the biggest thing for us to ramp up is the number of partners in our ecosystem,” Huggins said.

“There are new ones that pop up every day, and I think there’s value for us in partnering early on rather than waiting to see who’s going to win.

“I think the benefits of partnering early with some of the providers is that you get to shape the solution with them, and in shaping the solution you build a much deeper level of capability around not just the product but its applications.”

“Increasingly we’re able to do more ourselves as more of the tools and algorithms become open source and more widely available,” Huggins said.

However, in typical enterprise AI projects, the core team that tackles it consists of a mix of resources taken from Automate and from Deloitte’s operational improvement capability.

“We are finding it is a multi-disciplinary opportunity or challenge that needs solving, but it’s primarily being led out of the Automate group within analytics,” Huggins said.

Other resources may be taken in from across Deloitte depending on the specifics of the project.

“In some contexts, we might also bring in our human capital practice,” Huggins said.

“For example, if you are going to automate all your first level support customer enquiry with some sort of cognitive assistant or chatbot, your human contact centre will be dealing with more problematic [escalated] issues.

“That creates different challenges. What does that mean for the work that the humans are dealing with, their performance metrics, career path, and so on.”

Deloitte might also sub in resources from its technology practice to help piece together the architecture of an enterprise AI system, and to make it work with a client’s existing environment.

While at the moment adoption of enterprise AI is being driven through specific projects, Huggins foresees a time in the not-too-distant future where such AI becomes a given in IT environments.

“I think it’s quite likely that AI will just become an ingredient in the platforms of the big cloud players that is almost invisible to both business users and their customers,” she predicted.

“[If that eventuates], AI will be absolutely core to the value they create.”

Find out how rivals KPMG, Deloitte and PwC are using AI and cognitive computing technologies