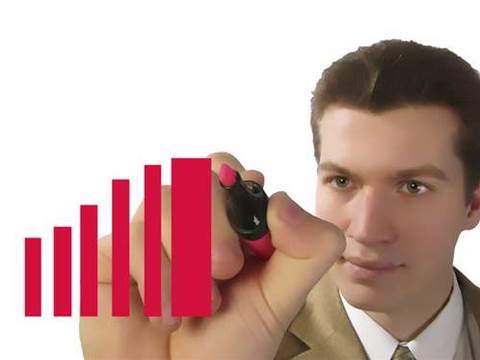 Deloitte Australia has taken in the entire staff of specialist Melbourne-based SAP consultancy Logro and set up a new group within its enterprise information management division.

Logro Consulting, including director Links Chithiray, moved into Deloitte's Melbourne offices after the deal was finalised on January 16.

The move was not being billed as an "acquisition" but rather a "tie-up" or "union", although both parties told iTnews that money had changed hands.

"The [Logro] staff are joining us through an agreement rather than an acquisition of the business," Deloitte Consulting technology lead partner Robert Hillard said.

Chithiray has previously spent six years at Deloitte before striking out to help establish Logro Consulting.

Coming back into the fold, he has been made a Deloitte partner and will lead a group within the firm's enterprise information management (EIM) division, which conservatively numbers around 280 employees in Australia.

Deloitte's SAP-specific practice has about 30 staff.

Logro Consulting's brand will no longer exist after the union with Deloitte. Existing customers and projects are now being performed under the Deloitte banner.

Chithiray told iTnews that the two consultancy firms had worked closely on a number of projects over the past five years.

"We've had a very strong alliance with Deloitte," he said.

"Over the past 12 months we've been in discussions about how we can increase the value proposition that we take to market.

"Our niche has been purely working in the SAP business intelligence arena and getting projects which at times has been off of a bigger ERP implementation, which may be done by a bigger partner. And we've only been based in Victoria.

"With Deloitte [we have the] capacity and capability to broaden that footprint with a whole lot of other competencies that clients need - from strategy to all the other components of enterprise information management such as enterprise content management, data management and mobility... [which is] where the market is rapidly shifting."

Despite its size - five full-time staff and three contractors - Logro established itself as a player in SAP business intelligence and analytics, particularly in the mining and resources sectors.

Chithiray estimates up to 60 percent of Logro's business was on resources projects for the likes of BHP Billiton, Newcrest Mining and MMG.

"We are spending a lot of time in the mining, oil and gas sectors," Hillard said.

"It's not only we're seeing an economy that's booming, what we're actually seeing is an area of the economy that in many ways when the boom starts to wind back is going to get a whole lot more sophisticated.

"That's going to require some very sophisticated use of the data that they're accumulating now."

Deloitte's move on Logro is the latest in the specialist BI and analytics consulting space in Australia.