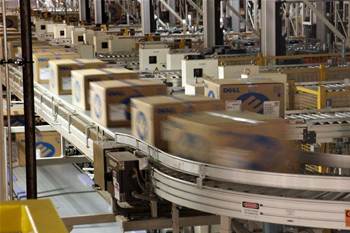 Computer maker dares to utter the R-word at last.

The release of Dell's Vostro product line for small businesses is the first step in the expansion of the vendor's reseller programme.

Businesses will be able to purchase the Vostro notebook and desktop systems directly from Dell or through local resellers.

"We see Vostro as way of enhancing the reseller channel by delivering a series of products and services designed specifically for small businesses," Mark Jarvis, chief marketing officer at Dell, said at a company event in San Francisco.

Vostro delivers client systems that require a minimal amount of maintenance, lacking the so-called bloatware or trial versions of commercial software applications that tend to slow computers down.

Resellers could, for instance, set up the new management features or provide additional services that make the new computers easier to maintain.

Dell is known for its direct sales model that cuts out the middleman, but the computer maker does have a reseller business that accounts for about five per cent of its annual sales.

The firm abandoned its exclusive focus on direct sales to consumers earlier this year when it unveiled a partnership with Wal-Mart. It has also promised to revamp its reseller strategy by the end of the year.

Company executives refused to elaborate on the changes that resellers should expect, but stressed that Vostro would be part of it.

For now, however, resellers hoping for a better relationship with the world's second largest computer seller have to settle for nice words and promises.

"We are openly talking about [resellers] as a viable way to gain technology from Dell," said Jarvis. "I do not think that you have seen us historically talking as much about choice as we do today. I view that as a pretty big change internally at Dell."

Got a news tip for our journalists? Share it with us anonymously here.
Copyright ©v3.co.uk
Tags:
dellsforhardwarepavespushresellervostroway