Dell sale could fetch up to $23 billion 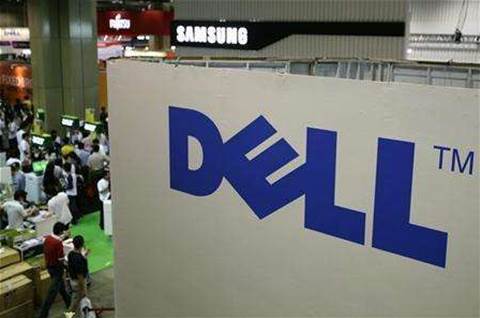 Could be finalised within days.

Dell is edging closer to an agreement to sell itself to a buyout consortium led by Michael Dell, its founder and chief executive, and private equity firm Silver Lake Partners in a deal that could top US$24 billion (A$23 billion), people familiar with the matter said.

The buyout consortium is negotiating taking Dell private at US$13 to US$14 per share, two of the people said.

This translates into an equity valuation for the Round Rock, Texas-based company of between US$22.6 billion and US$24.4 billion.

Michael Dell is expected to take majority ownership of the world's third-largest personal computer maker while Silver Lake and Microsoft would become minority investors, three of the people said.

The transaction is set to be finalised over the weekend and the timetable could still slip, the people cautioned, asking not to be named because the matter is not public.

The investment group, which held negotiations with Dell's camp in New York on Thursday, has secured up to US$15 billion of debt financing to take Dell private from four investment banks -- Barclays, Bank of America Merrill Lynch, Credit Suisse and RBC Capital, people familiar with the matter said.

Barclays is also advising Silver Lake on the transaction, along with Perella Weinberg Partners, said two of the people. JPMorgan Chase is advising Dell.

Representatives for Dell, Microsoft, Silver Lake and Barclays declined to comment. Perella Weinberg could not be immediately reached for comment.

As part of the transaction, Michael Dell will contribute his existing stake of almost 16 percent in the company toward gaining majority ownership, sources close to the matter have said. The deal would mark the largest leveraged buyout since the global financial crisis.

Going private would allow Dell, which has been trying to become a one-stop shop for corporate technology needs as the PC market shrinks, to conduct that difficult makeover away from public scrutiny.

Dell has formed a special committee of its independent directors and hired Evercore Partners to assess whether the company is getting the best deal for shareholders and not one that is just in the best interest of Michael Dell, several people familiar with the matter have told Reuters previously.

(Additional reporting by Poornima Gupta in San Francisco and Bill Rigby in Seattle; Editing by Edwina Gibbs and Kenneth Barry)