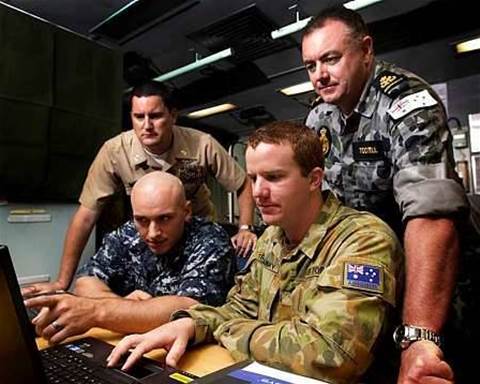 The Department of Defence doesn’t expect to have new deals to replace its long-running distributed computing contracts in place until 2019 at the earliest, despite originally planning to put them to market in 2014.

It has just inked the latest in a string of extensions with Fujitsu in an IT relationship than spans nearly two decades.

The new contract add-on is worth $18.3 million and will see Fujitsu continue to deliver IT support until April 2019. It will take the current iteration of the contract to at least nine years, while the full relationship will pass 20 years.

Fujitsu currently has 500 Australian staff dedicated to the Defence account.

According to iTnews’ analysis of AusTender disclosures, the current contract adds up to $604.4 million since its inception in 2009.

Fujitsu holds one half of the distributed computing bundle of work, with Unisys maintaining the other half under the guise of ‘regional ICT services”.

The Department of Defence handed the suppliers a massive reprieve in February 2014 when it announced it was too busy to go ahead with a market refresh of the two major outsourcing deals that had been slated since 2009.

Since then, the department has insisted it still plans to market test the aligned outsourcing contracts, but has issued no concrete plans to industry.

A spokesperson told iTnews back in March that it would begin preparatory works for the procurement refresh in the second half of 2016.

The pair of suppliers will be in no hurry to see their customer put the lucrative deals back out to market, as they continue to reap millions from extensions.

Unisys secured a two-year extension worth $74 million earlier this year. Its position is guaranteed until 2018.

Meanwhile, Defence’s IT activity levels have not showed any signs of abating since the 2014 decision to postpone the market refresh.

It is currently going through the procurement and government approvals process for a $1 billion ERP systems rationalisation, and is gearing up to replace its $340 million applications managed services partnership agreement (AMSPA) panel.

These projects are against the backdrop of a $17 billion technology agenda over the coming ten years.